Last night on Late Night With Seth Meyers, Andy Samberg showed off a photo of the hilarious gift David Copperfield gave the Brooklyn Nine-Nine star for his wedding to singer Joanna Newsom last year. The photo shows the magician levitating a large, gift-wrapped box in front of his crotch.

“He was either using magic to make it float, or he’s hung like a rhinoceros,” joked Samberg. That’s a reference to Samberg and Justin Timberlake’s famous 2006 SNL sketch, “D*** in a Box.” Copperfield, though, called his gift a “trick in a box.”

Samberg married Newsom in September. His Fox sitcom was picked up for a second season this week. 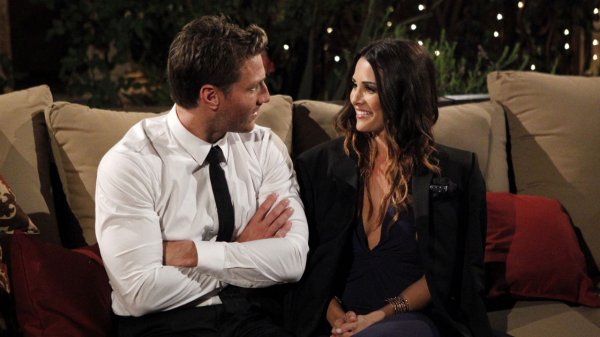 Bachelorette Andi Dorfman is 'All in' to Find Love
Next Up: Editor's Pick