Local Police wait to lays flowers during a commemoration ceremony in held in the Rememberance Garden of Madrid's Retiro Park on March 11, 2014
JAVIER SORIANO—AFP/Getty Images
By Laura Stampler

Spaniards dressed in black and gathered in the Almudena Cathedral on Tuesday to mourn and mark the 10-year anniversary of the deadly 2004 terrorist attacks in Madrid, when bombs ripped through four commuter trains and killed 191 people.

“The anniversaries affect you a great deal,” Antonio Gomez, who was on a train and broke his leg when a bomb detonated, told AFP. “It is a strange feeling, of pain, of sadness, of rage. It’s a mixture of many feelings at the same time. Rage because we were just workers riding a train. We were not important personalities, people with a lot of money, we were regular people. What do regular people have to do with politics? We were going to work to earn money to raise our families and live decently.”

While many use the anniversary as a day of remembrance, Gomez was avoiding reminders of the “Dantesque” wreckage and mutilation: “On the 11th I will probably go to the cinema or watch the children’s station Disney Channel,” he said. 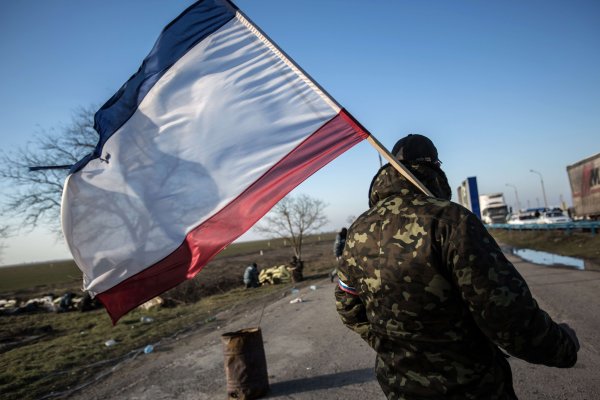 Crimea Moves Toward Independence
Next Up: Editor's Pick