The Pandora integrated entertainment system is demonstrated inside a Honda Accord.
Bloomberg / Getty Images
By Evolver.fm / Eliot Van Buskirk

AUSTIN, TEXAS — The cars of today, and especially tomorrow, generate rivers of data that will change everything from how meteorologists understand the weather, to how towns identify their most egregious potholes, to — our favorite — how people will listen to music in the car.

Over half of all music listening takes place in the car, according to Pandora senior vice president of strategic solutions Heidi Browning, speaking at Friday’s jam-packed “Internet of Cars” panel at SXSW. Those cars are starting to generate as much as 25MB per hour, according to Team Detroit executive creative director Scott Lange, who described the car as “the biggest wearable,” adding that it “leaves a trail of ones and zeros behind it.”

Some of this data — like whether the windshield wipers are running or not — can be used on a massive, aggregated level to understand where it’s raining with more real-time granularity than has ever been possible. Likewise, windshield wiper activation could inform which music your car plays for you, picking genres or tilting playback one way or another within your artist stations.

“If you’re in the fast lane, let’s say, we could play you some hardcore rock ‘n roll — or maybe some country music to slow you down a little bit,” said Pandora’s Browning, adding that while the possibilities are fairly limitless in terms of the sort of data-driven features that can be added to car music, consumers will decide whether they’re actually worthwhile. The two most requested features from the connected car, according to a study conducted by the company, are navigation and internet radio — so the demand is definitely there, even if it’s less clear which of these more ambitious features will stick.

As another example, cars might select music based on where the driver’s seat is located (as a way of determining which family member is driving), according to Sefi Grossman, vice president technology director for Team Detroit. He thinks drivers might subscribe to their own car settings, allowing them to turn any car (a zip car, a rental car, a borrowed car, etc.) into their “own” car, at least where the listening and other preferences are concerned.

Grossman went so far as to say that new car companies might emerge that are modeled on how cellphones are sold. Subscribe to enough services for your car, and the hardware will be subsidized. Upgrade, and your data, settings, stations, and everything else comes with you.

In the immediate future, he believes the advanced, data-driven “Internet of cars” features will continue to be delivered through and processed by the smartphone, but that the car modem will eventually taking over, so that smartphones won’t have to be part of the equation — all the better for keeping drivers’ eyes on the road, but possibly also to facilitate such subscription features.

Pandora’s Browning seemed most excited about the potential for next-level advertising in the car, combining voice controls with the knowledge that the person is in the car, as well as, possibly, the data being generated by that car. The internet of cars would allow, for the first time, people to talk back to their stereos, and be heard.

We imagine saying the following, someday: “Yes, internet radio advertisement, I would in fact enjoy some Twizzlers on this road trip— which gas station on this route, when I am somewhat close to running out of gas, should I stop at for my free pack?”

One thing the panel seemed to agree on, unequivocally, is that allowing people to install powerful, data-driven apps in their cars to enable these and other highly evolved features will require tight control over the apps that are allowed — meaning that the app stores or areas of app stores that offer this stuff will have to be highly regulated, to avoid crashing the system or compromising data security (most obviously location, but also the rest of this 25MB per hour).

The jury is still out on who owns all of this data, according to Lange — the driver, the car company, the apps, or some mix of those parties. But one thing was abundantly clear: Once more of our cars start generating 25MB of data per hour, the music and advertising we experience in the car could leapfrog from the current FM model past how we experience music on computers or even our phones, and become even more personalized and responsive to the context in which we are listening.

This article was written by Eliot Van Buskirk and originally appeared on Evolver.fm. 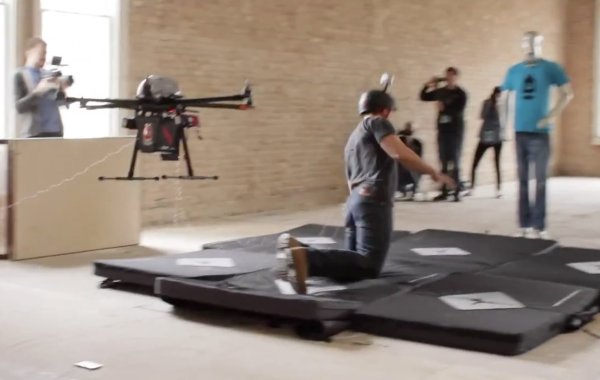