Ukraine’s ousted leader Viktor Yanukovych said Tuesday that he remains the country’s legitimate leader and commander-in-chief, and accused the new government of fomenting a civil war.

Speaking from the southern Russian city of Rostov-on-Don, Yanukovych, who fled from Ukraine in February following months of anti-government protests, branded the new government a “band of ultranationalists and neo-fascists,” Reuters reports. The fugitive leader said we would be returning to Ukraine “as soon as circumstances allow”—despite there being an arrest warrant issued against him for the alleged “mass murder of peaceful civilians.”

Yanukovych said he would appeal to armed forces to defy any “criminal orders” handed down by the new government. “I am certain the officers and soldiers of Ukraine… know what your are worth and will not carry out your criminal orders,” he said.

This is the second time the ousted president has spoken out since his removal on Feb. 22. Yanukovych also said the contested region of Crimea was “breaking off,” and repeated the Russian claim that Ukraine’s authorities were too accommodating to radical nationalists, potentially pushing Ukraine toward a civil war. 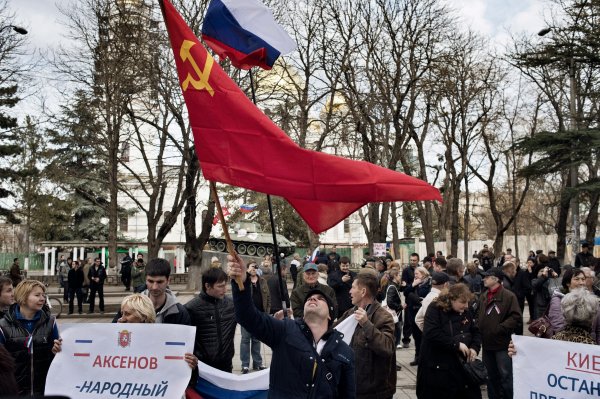 No 'No' Option in Secession
Next Up: Editor's Pick