Army Brigadier General Jeffrey Sinclair leaves the courthouse with one of his attorneys at Fort Bragg in Fayetteville, N.C., on March 4, 2014.
Ellen Ozier—Reuters
By Denver Nicks

A U.S. Army judge has hit the brakes on the prosecution of Brig. Gen. Jeffrey A. Sinclair on sexual assault charges, saying improper political considerations may have prevented the accused from being allowed to offer a plea deal.

The judge, Col. James L. Pohl, ruled Monday that “unlawful command influence” may have inspired the General Joseph Anderson, the overseeing authority in the case, to reject an offer from Sinclair to plea to lesser charges. In particular, Pohl expressed concern about a letter sent by an attorney for Sinclair’s chief accuser to Gen. Anderson, which addressed the potential political fallout of a failure to fully prosecute, the New York Times reports. Sinclair’s case has garnered tremendous attention, particularly in recent months as Congress has wrangled with legislation to address sexual assault in the military.

The defense is now looking to renegotiate a plea deal while the trial is delayed, the Associated Press reports.

Charges against Sinclair have not been dropped and the general has until Tuesday morning to offer a new plea deal. Last week, Sinclair pleaded guilty to lesser charges, including possession of pornography and adultery, a crime under the Uniform Code of Military Justice, carrying a maximum sentence of 15 years in prison. The more serious charges against him—including forcible sodomy, wrongful sexual contact, indecent acts—could send Sinclair to prison for life. 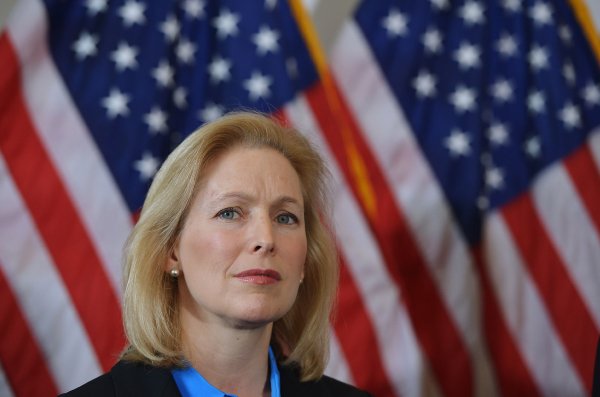 Senate to Vote on Sex Assault
Next Up: Editor's Pick