A British-Swedish journalist was shot dead in Kabul on Tuesday, in a brazen attack in a busy section of the city that many worry is a harbinger of future security issues in Afghanistan’s capital.

Nils Horner, 52, the South Asia correspondent for Swedish Radio, was killed assassination-style by a pair of gunmen in the Wazir Akbar Khan neighborhood of Kabul, an area populated with embassies, western nongovernmental organizations and journalists, the Washington Post reports. Afghan police said Horner, who was identified by the Swedish embassy, was on his way to visit a Lebanese restaurant Taverna du Liban that was bombed in January, killing 21 people, mostly foreigners.

Horner had spoken to the news desk earlier in the morning, Anne Lagercrantz, head of news at Swedish Radio, told the AP. Upon seeing the news that a foreign journalist had been shot, staffers aimed to contact their colleague by email but received no response. When they called his cell phone, Lagercrantz added, a doctor answered to say Horner was the victim.

Cilla Benkö, the chief executive of Swedish Radio, confirmed initial reports that gunmen shot Horner in the back of the head and fled the scene. Horner was taken to the hospital where he died from his injuries, the Post reports. Afghan police said two suspects had been arrested.

Benkö said Horner always took the appropriate safety precautions in these types of reporting situations. “This was his life,” he said. “He didn’t want to do anything else.”

During an interview in 2011, Horner, who was known for coverage from Afghanistan in 2001, Baghdad in 2003 and Thailand following the tsunami in 2004, elaborated about the risks of radio field reporting: “We don’t feel the same pressure to always be in the middle of a firefight, or something like that, but of course we want to be as close as possible,” he said. “You almost have to sort of, everyday, ask yourself is this worth doing—taking the risk—or is it not?”

Although Kabul has often been the scene of bomb attacks on government buildings, the city has rarely seen such an attack on a civilian in broad daylight, on the edges of an area the Guardian describes as “the heavily fortified diplomatic district.” A Taliban spokesman said the group was not claiming responsibility, but that they would speak with insurgent groups who may have been responsible for Horner’s killing. 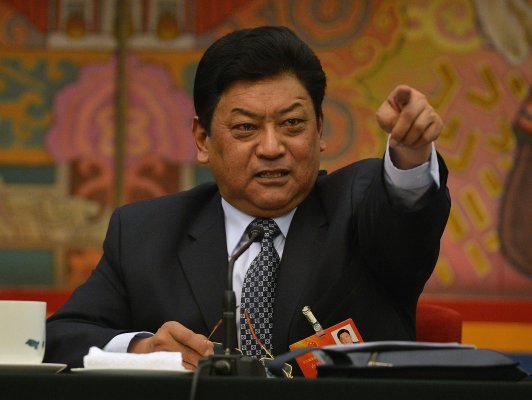 No Self-Immolations by Locals in Tibet, Says Senior Chinese Government Official
Next Up: Editor's Pick