By Per Liljas / Kuala Lumpur

As the sun set here on the fourth day since Malaysia Airlines Flight MH370 vanished, the case of the ill-fated jetliner was as muddied as Kuala Lumpur’s skies, steeped in a dense haze that seasonally blankets the Malaysian capital.

“We’ve made no progress, we don’t have a clue,” Izhar Bahari, air traffic controller at Malaysia’s Department of Civil Aviation, tells TIME. He went on to deny an earlier report that the search has now shifted focus to the Strait of Malacca. “We focus our search both on the east and the west coast, and we will expand the areas for tomorrow.”

Authorities said Tuesday that despite suspicions raised by the fact that two of the passengers held stolen passports, one was a 19-year-old Iranian asylum seeker with no terrorist ties. The revelation seemed to deflate fears that the disappearance was an act of terrorism.

“The more information we get, the more we are inclined to conclude it is not a terrorist incident,” Interpol Secretary General Ronald Noble said, according to Reuters.

Scouring a radius of over 100 nautical miles, dozens of aircrafts and ships from 10 countries explored both the area where communications were lost with the Boeing 777, between Malaysia and Vietnam, and a swath to the southwest. Based on radar information suggesting that the Beijing-bound aircraft may have attempted to turn back to Kuala Lumpur, the search was increasingly focused off the coast of Malaysia.

Officials have pleaded to media and the public to refrain from spreading unverified information. But with 239 lives presumed lost, rumors abound. In lieu of hard evidence, journalists had latched on to the fact that two passengers traveled on stolen passports, but that lead seemed to lose weight on Tuesday, as one of the two men’s identities was revealed.

Traveling on an Austrian passport, Iranian Pouria Nour Mohammad Mehrdad, 19, is not suspected of having any links to terrorist organizations. “We’ve been in contact with his mother, who was expecting him in Frankfurt,” said Malaysian Inspector General of Police Khalid Abu Bakar. She knew he was using a false passport.”

Traveling with stolen documents is a fairly common phenomenon that is rarely detected. According to data collected by the Wall Street Journal, passengers boarded flights without having their passports checked against Interpol’s database of stolen documents 1 billion times last year. Meanwhile, 40 million passports are reported missing.

Increasingly, more than 90 hours since Malaysia Airlines flight MH370 went missing, the investigation is characterized by erroneous clues discounted than hard evidence established. An object spotted in the Gulf of Thailand, which Vietnamese officials initially thought could have been a life-raft, turned out to be the lid of a large box.

A 15 km oil slick in Malaysian waters was found following following laboratory tests not to contain any aviation fuel. And supposed tail debris seen floating in the water was actually “logs tied together,” reports Malaysian officials.

The lack of a distress call remains puzzling for investigators. At cruising altitude in good weather, even total loss of power would allow pilots enough time to register an emergency.

Commercial airliners also have transponders that automatically report their location, altitude, speed and other data by radio. But where the Malaysian plane was flying was thought to be patchy, and the signals are picked up only once a minute and only at a plane’s cruising height above 29,000 feet.

In addition, Malaysian Airlines has confirmed the plane also had a system called the Aircraft Communications Addressing and Reporting System, or ACARS, which automatically alerts technical staff of any mechanical failure. The system was deemed vital for finding the downed Air France Flight 447 that disappeared over the Atlantic in 2009.

The last two readings from the devices on MH370 were recorded some 40 minutes after takeoff, and they did not include altitude, Mikael Robertsson of Flightradar24, tells the New York Times.

Police still haven’t ruled out foul play as the reason for the incident. Abu Bakar said that they are looking into four areas: hijacking, sabotage, psychological and personal problems of passengers and crew. “We’re going through the profiles of all passengers, and have communicated with counterparts in at least 14 countries,” he said.

The Chinese delegation in Malaysia has also supplied the police team with photos of all 153 Chinese passengers on board. “We’re looking at all video footage from March 7 and 8,” Abu Bakar added. 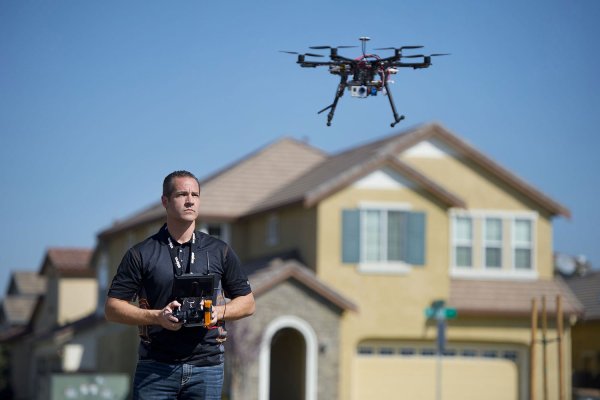 Judge Swats Away Drone Fine
Next Up: Editor's Pick