Comcast broadband subscribers are already enjoying better Netflix streaming performance just two weeks after the companies struck an agreement to directly connect their networks — and Netflix says even better performance is on the way.

In its latest ISP speed index released Monday, Netflix said that prime-time video streams on Comcast averaged 1.68Mbps in February, up from 1.51Mbps in January, reversing months of steady declines and boosting Comcast’s ranking by two spots on the list. Prior to February, the average performance of Netflix streaming video content delivered to Comcast subscribers declined by more than 25% over the last few months. As recently as October of last year, Netflix was streaming at 2.07Mbps.

As part of the deal — known as a paid-peering or transit agreement — Netflix gained a direct connection to the Comcast’s network, bypassing bandwidth providers that operate as third-party intermediaries between residential broadband companies and Internet firms. Financial terms of the arrangement were not disclosed. The pact was announced on February 23 and the improved connections began several days before that, but the performance increases will take some time before they’re fully felt by all Netflix users with Comcast service.

(MORE: Comcast’s Traffic Pact With Netflix Is Shrouded in Secrecy)

Despite the boost in performance, Comcast remains below the U.S. streaming average of 1.95Mbps, but further improvements are on the way, per Netflix. “We do expect to see Comcast’s performance improve in the rankings next month when we release March data as a result of the recent agreement between Netflix and Comcast,” Joris Evers, director of communications at Netflix, wrote in a company blog post.

Google Fiber, the tech giant’s gigabit broadband service, remains by far the fastest U.S. provider of Netflix streaming video, with average performance of 3.74Mbps, according to the company. In the blog post, Netflix called Google Fiber “the guiding North Star for broadband performance in the country.” Google has already launched fiber initiatives in Kansas City, Austin and Provo, and last month announced plans to work with nine more metro areas to expand the service.

Among major U.S. broadband providers, Verizon DSL is the slowest, with average performance of 0.93Mbps. Verizon’s high-speed FiOS service is slightly faster than Comcast at 1.76Mbps, but that service continues to decline in the rankings, as does AT&T U-verse, which clocked in at 1.66 Mbps.

In the wake of Netflix’s deal with Comcast, Verizon and AT&T both acknowledged that they are seeking to reach an agreement with the streaming video service. As high-bandwidth services like Netflix have exploded in popularity, the broadband companies are increasingly seeking compensation in exchange for direct connections to improve performance.

Netflix says its ISP speed index is “based on data from the more than 44 million Netflix members worldwide who view over 1 billion hours of TV shows and movies streaming from Netflix each month. The listed speeds reflect the average performance of all Netflix streams on each ISP’s network and are an indicator of the performance typically experienced across all users on an ISP network. A faster network generally means a better picture quality, quicker start times and fewer interruptions.” 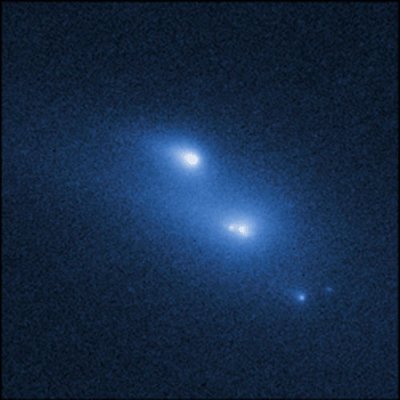