A Sea Hawk helicopter departs from the U.S.S. Pinckney to search for the missing Malaysia Airlines aircraft on March 9, 2014
U.S. Navy/ZUMA Press

Officials announced Monday that the search area for the missing Malaysia Airlines Flight 370 has expanded to a 100-nautical-mile radius after three days of scouring the waters of the Gulf of Thailand have failed to offer any clues. The widened search area includes waters over 100 miles away from the plane’s last known location between Malaysia and Vietnam, the New York Times reports.

On Saturday, the plane carrying 227 passengers and 12 crew members vanished — so far without a trace — without sending a distress signal to air-traffic controllers. Since the plane’s disappearance, about 34 aircraft and 40 ships have searched the waters for any signs of the missing Boeing 777 plane to no avail. Several false alarms, however, have been reported. An oil slick, presumed to be from the missing aircraft, was discovered to be fuel from cargo ships. Reports that pieces of the plane had been found floating in water also turned out to be untrue.

“Unfortunately, ladies and gentlemen, we have not found anything that appear to be objects from the aircraft, let alone the aircraft,” Azharuddin Abdul Rahman, the director general of the Malaysian Civil Aviation Department, said at a briefing, according to CNN.

The mystery surrounding the missing plane continued to grow on Monday as reports that two passengers who possessed stolen passports had their tickets bought by an Iranian middleman. Their one-way tickets were reportedly purchased using cash from a travel agency at the Thai beach-resort town of Pattaya. According to the Associated Press, the owner of the agency said a man named “Mr. Ali” made the purchase, though she did not believe he was connected to terrorism. It is unclear, however, whether or not the two men have anything to do with the flight’s disappearance. In fact, stolen passports are a common occurrence across the globe.

Meanwhile, China sent 13 officials to Malaysia on Monday to help investigate the crash. Most of Flight MH370’s passengers — 153 out of 227 — held Chinese passports.

Authorities have yet to rule out any possible reason for the missing plane. 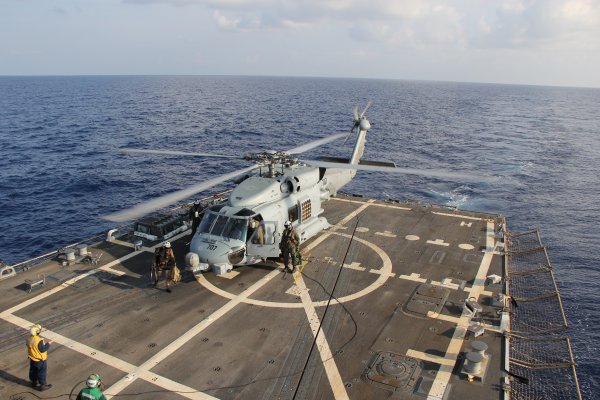