Two students at the State University of New York at Brockport were arrested after an image of a black lab being held upside down over a keg — nozzle positioned at the opening of the pup’s mouth — went viral. (You can click here to see the offensive photo, if you must.)

Nursing student Robert Yates, 20, took and then tweeted the photo, which led to his arrest on charges of torturing/injuring an animal. Shane Oliver, 20, was photographed holding up May the dog’s hind legs. He was arrested with the same charges. They’re both scheduled to appear in court April 2.

Some people were horrified:

Some defended the culprits:

And others seriously missed the point:

Luckily Mya, whose owner wasn’t at home at the time of the incident, is safe and sound: 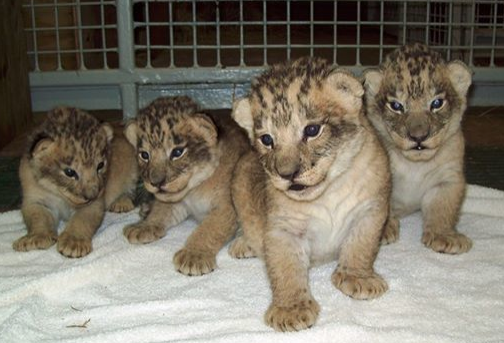 You Can Name These Baby Lions
Next Up: Editor's Pick