Unarmed Ukrainian soldiers during a standoff with armed Russian troops on March 4, 2014.
Yuri Kozyrev—NOOR for TIME
By Kurt Volker

Vladimir Putin has dared the world to stop him from seizing Crimea militarily. The world has declined the challenge. As a result, this coming weekend, Crimeans will hold a staged referendum to join with Russia, and Russia will then agree to annex this part of Ukrainian territory.

Putin is smart enough to create a veneer of legality (a referendum), a story-line designed to blur morality (fascists in Kiev, defending Russian citizens), and a threat of retaliation against European economies to deter would-be defenders of Ukraine. But the fact remains that this is a raw exercise of power to seize territory of a type not seen in Europe since World War II — except, of course, for Putin’s invasion of Georgia in 2008. Ideally, the United States should work within NATO to make a clear that NATO will not tolerate additional land grabs by Russia beyond Crimea.

Yet, Putin is calculating that the United States and Europe will either not react at all, or will do so only with travel bans and economic sanctions — and that he can outlast our willingness to impose such penalties over time. Our goal is to de-escalate, but his is to win. And therefore he probably will.

So what is the key lesson here? Ukraine, and the loss of Crimea, is merely an example of a larger issue: What happens when we fail to protect and promote freedom in the world? Each individual step may seem bearable. But in the long run, these creeping assaults on freedom are deeply damaging to U.S. interests.

The seizure of Crimea and challenge to authorities in Kiev should be a wake-up call. The post-Cold War order of people having the right to choose their own government democratically, the inviolability of borders, and the rejection of the idea that military force can be used to dominate neighbors, are all under threat.

Throughout the Cold War, the United States put itself at risk in order to protect freedom in Western Europe. We also made clear our principles: to support freedom and human rights, even where they were emphatically denied, in order to give inspiration to dissidents and Allies alike. We built up civil society, access to information, a global trading economy, and strong international institutions. We never had to fire a shot, mainly because we made it abundantly clear we were prepared to do so if necessary.

After the fall of the Berlin Wall, we worked for 25 years to support the rights of people throughout Central and Eastern Europe as they sought to build free, prosperous, stable, and secure societies. The results have been nothing short of remarkable. A dozen countries, representing over 100 million people, have built modern, democratic societies and long-term security for the future, after a horrific past.

But something happened in the past several years. Whether because of the war in Iraq, the Euro-crisis, mounting deficits, or other factors, our drive to protect and promote freedom has waned. We have been muted as Putin has clamped down on freedom within Russia (it was the attack on lesbian and gay rights, not basic political liberties for all Russians, that prompted the United States to downgrade its delegation to the Sochi Olympics).

Trump to Block Chinese Airlines From the U.S.

We did little as former President Yanukovych dismantled democratic practices in Ukraine, enriching himself and his family, and steering his country away from Europe. We have done little to complete the unfinished business of building stable, democratic, secure societies in the Balkans. We have stood by while Assad has leveled cities, killed over 130,000 Syrians and displacing 8 million more.

We have instead cut funding for civil society programs, pulled out of Iraq without leaving a stable country behind, and are about to do the same in Afghanistan. We are planning deep cuts to the U.S. military. We are even planning to cut back on international broadcasting outlets such as Radio Free Europe and Voice of America, which are sometimes the only sources of reliable information, at a time when Russia is massively bankrolling RT cable television.

There is no excuse for Putin’s land grab, just as there is no excuse for the excesses of the Yanukovych government. But a contributing factor to the situation in Ukraine today was a relatively disengaged, complacent attitude in Europe and the United States. By failing to continue to press forward with the development of a Europe whole, free and at peace, we helped create a vacuum filled by the worst elements of Ukrainian politics, and now by Russia.

That same vacuum is felt the world over. The United States must fill it urgently with our own robust support for freedom, democracy, free markets, human rights, and the rule of law. If not, darker forces — whether religious extremists, authoritarians, ethnic nationalists, criminals, corrupt officials, or great powers — will fill it first.

Kurt Volker, a former U.S. Ambassador to NATO, is Executive Director of the McCain Institute for International Leadership, a part of Arizona State University. 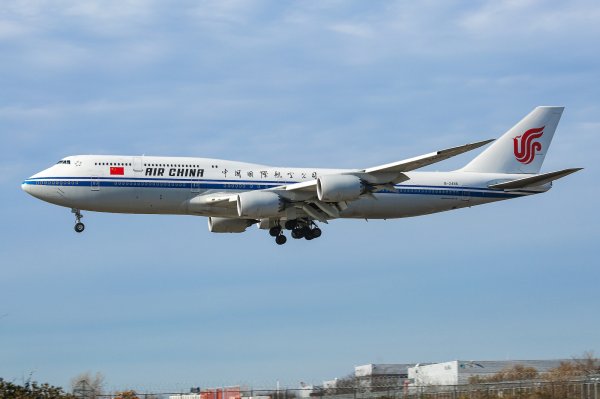 Trump to Block Chinese Airlines From the U.S.
EDIT POST