This week, in her keynote address at Austin’s SXSW film festival, Lena Dunham called on Hollywood to change the way it sees women noting that Adam Driver—her male co-star on Girls, the hit HBO series she writes and directs—has been offered a range of substantive and diverse parts in films by notable directors like the Coen brothers. Meanwhile, the four women on the show have had much slimmer and more stereotypical pickings. “There’s just no place for me in the studio system,” she said, while vowing to keep trying to change things.

Sadly, Dunham might just be right about the system.

A new study, published Tuesday, backs up the young director’s complaint. Researchers calculated just how sexist Hollywood still is and the results are depressing: women accounted for only 15 percent of protagonists, 29 percent of major characters and 30 percent of all speaking characters last year, according to a report titled “It’s a Man’s (Celluloid) World: On-Screen Representations of Female Characters in the Top 100 Films for 2013” from San Diego State University.

Some more shocking statistics from the study:

And even when movies nominally have male and female co-leads, that doesn’t mean women get as much screen time. Cinemetrics data published in the New York Times on Feb. 27 found that men get double the screen time of women overall. A good example is the ensemble cast for American Hustle: “Christian Bale actually has 60 minutes of screen to Amy Adams’s 46 minutes, a significant difference even in an ensemble movie. Among their supporting category counterparts, Bradley Cooper’s 41 screen minutes double Jennifer Lawrence’s 20.”

A lot of this has to do, of course, with the fact that there are even fewer women behind the cameras than in front of them. In another report from San Diego State entitled “The Celluloid Ceiling” and published this year, researchers found that only 16 percent of those in director, writer, producer and editor roles were women — one percentage point lower than in 1998.

And though Hollywood may not care about the dearth of female writers and directors, you would think that the industry would be worried about leaving money on the table. Films like Gravity, The Hunger Games: Catching Fire and Frozen were among this year’s biggest international blockbusters. Most box office analysts will tell you that Hollywood is losing money by not appealing to half of their moviegoers and rather relying on the old adage that women will go see films by and for men, but men will not see films by and for women. (Women buy 50 percent of movie tickets, according to the Motion Picture Association of America.)

Data that disproves this theory, like box office hits with female leads, are considered flukes. One only needs to look at this year’s Oscars montage of “heroes,” which included only seven women out of dozens of characters shown, to see that Hollywood has a short-term memory when it comes to women. What about Thelma and Louise? Hermione? The Girl with the Dragon Tattoo? Lara Croft?

What’s a female film fan to do? “As moviegoers, women can vote with their dollars,” says Martha M. Lauzeen, the executive director at the Center for the Study of Women in Television and Film at San Diego State University who led the study. “They can support films with female protagonists. And if they can go to see those films opening weekend, that’s great. That’s really helpful.”

But there seems to be an irrational sexism at the root of Hollywood that resists economic logic.

“I think people believe that Hollywood just responds to dollars and that all of the decision-making that goes on in that community is rational. And it’s not,” explains Lauzeen. She says Hollywood is willing to gamble on a new idea or unproven talent, just not on women. She points to the studios willing to make the investment in Mark Web who only directed a single feature—the romantic comedy 500 Days of Summer—before taking the helm of the Amazing Spider-Man franchise. “It’s interesting that they would be willing to take a risk on someone like that but not on a female director. But a lot of it has to do with the fact that they are a lot more comfortable with him because he looks like, demographically, the people who are making the decisions.”

Indeed, some moviegoers might even be surprised to hear women are still underrepresented in film, given the success of movies like The Hunger Games. High-profile hits overshadow the larger problem. “The same thing happened a few years ago when Catherine Bigelow won the Oscar for best director. People said things must be okay now for female directors. And that was not the case.”

And big hits featuring heroines don’t necessarily mean that the status quo is changing. Three years ago, critics, writers and bloggers conjectured that the “Bridesmaids effect” would pave the way for raunchy, female-driven comedies that could appeal to both sexes, like Kristin Wiig’s breakthrough hit. And though The Heat, a female buddy film starring Sandra Bullock and Melissa McCarthy as cops, was a hit this past summer, the Bridesmaids revolution has yet to come. The upcoming Divergent offers some hope that female heroines won’t sizzle after The Hunger Games wraps up, but audiences shouldn’t hold their breath.

The same holds true, of course, for other kinds of diversity onscreen. The study also shows that various races of women (and Asian women especially) are still grossly underrepresented in movies. (The percentage of Asian female characters actually dropped from 5 percent to 3 percent between 2011 and 2013.) “Media images tell us who matters in society,” Lauzeen says. “If certain groups are routinely omitted in those messages, it suggests that people in that group aren’t important.” 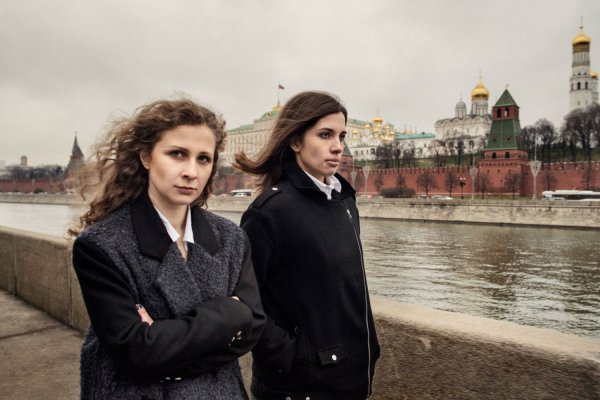 17 Most Rebellious Women in History
Next Up: Editor's Pick