A Vietnamese Air Force officer, right, and a reporter look out the window during search operations over the southern seas off Vietnam on March 9, 2014.
Hoang Dinh Nam—AFP/Getty Images
By Nate Rawlings

More than two days after Malaysia Airlines Flight 370 went missing over the South China Sea, few facts point to a probable cause for the jet’s disappearance. The Boeing 777 jet took off from Kuala Lumpur early Saturday morning carrying 239 passengers and crew, then two hours into the flight it disappeared from the radar screen. Forty ships and 34 aircraft from nine countries are searching an area roughly the size of Massachusetts, but as of Monday evening, the largest piece of debris found is believed to be an aircraft door.

While search-and-rescue crews scour the sea, investigators are delving into the passengers’ backgrounds and the flight’s boarding procedures. At least two of the passengers were carrying stolen passports, one from Austria and one from Italy. Reports citing Thai police link the stolen passports to an Iranian man who reportedly used them to purchase tickets to return home to Europe. According to the reports, the tickets were paid for in cash.

On Sunday, Interpol, the international criminal police organization, confirmed that the passports had been entered into their registry in 2012 and 2013, respectively, but Malaysian authorities did not discover that stolen passports had been used because they had not checked Interpol’s database. Authorities have stressed that so far there is no evidence that anyone — bearing false documents or not — brought down the plane. Weather, mechanical issues and numerous other possibilities could have caused the crash. Stolen passports are common and used for myriad illegal activities other than terrorism, including organized crime, drug trafficking and human trafficking. In 2010, an Air India flight from Dubai to Mangalore overshot the runway and fell over a cliff, killing 158 of the 166 people on board. As many as 10 fraudulent passports were recovered from the flaming wreckage.

The stolen passports aboard Malaysia Airlines Flight 370 return the spotlight on a system that security experts classify as uneven at best and complete chaos at worst. “Worldwide it is a mess,” says Michael Greenberger, a law professor and director of the Center for Health and Homeland Security at the University of Maryland. “To believe that passports are somehow the silver bullet to keep unwanted people out of a country is complete folly.”

One of the largest problems is the lack of universal checks for stolen passports. Interpol maintains a database of stolen passports going back to 2002. According to the organization, the database contains more than 40 million entries, and each year countries conduct more than 800 million searches, coming up with about 60,000 hits. The U.S. uses the database the most — nearly 250 million times last year — followed by the U.K. But according to Interpol’s head, most countries do not regularly check the database. “This is a situation we had hoped never to see,” Interpol Secretary General Ronald Noble said in a statement. “For years Interpol has asked why should countries wait for a tragedy to put prudent security measures in place at borders and boarding gates.”

Control measures vary greatly from country to country, and a person could easily be allowed to board a flight in one country, then be discovered traveling under false documents in another. “In my experience, there is nothing in place — with high assurance — that if you scan a passport in Country A, you’re going to get the same results in Country B,” says Douglas Laird, an aviation-security expert who served as the security director for Northwest Airlines after a career in the U.S. Secret Service. “It’s piecemeal.”

Perhaps the most critical issue is that criminals or terrorists can steal authentication information and obtain a passport that, for all intents and purposes, is legitimate, just not for the person carrying it. Passports have become more sophisticated with barcodes, digital chips and biometric data, but they are still not foolproof. “Even if you have great biometric protection, people can get what appear to be legitimate passports using stolen authentication data,” Greenberger says. “Even those biometric chips can be played with as well.”

The stolen passports aboard Flight 370 may have nothing to do with the plane’s disappearance. However, the scrutiny of the investigation could lead to changes in the international passport system. “Many times these tragedies result in the bureaucracy doing what should be done,” Laird says. In the aftermath of TWA Flight 800, which exploded in July 1996 off the coast of Long Island shortly after taking off from New York, the commission investigating the crash recommended that computer tomography devices be deployed to check all luggage leaving the U.S. on international flights. Broad use of CTX machines is intended to prevent a bomb from being snuck on board in a passenger’s luggage. A four-year investigation later concluded that the most probable cause of the accident was a fuel-tank explosion.

“The fact that TWA [Flight 800] blew up — even though eventually it was determined to be something else — meant the rules regarding international flights changed,” Laird says. “My hope would be that this latest tragedy might result in the world saying, ‘Wait a minute. This whole passport thing is like Swiss cheese. We need to do something about it.’” 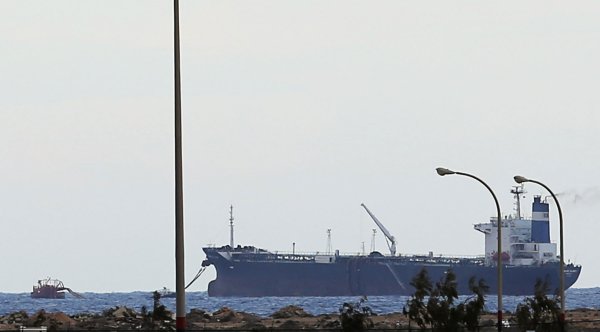