The Five Paths To Being the Best at Anything

I’ve posted a lot about becoming the best in your field. Looking back, what are the most successful methods for getting there?

Let’s get the most famous one out of the way first: Hard work pays off.

Malcolm Gladwell popularized the theory in Outliers: approximately 10,000 hours of deliberate practice at something can turn you into an expert.

…the most elite violinists accumulated about the same number of hours of deliberate practice (about 7,410 hours) by the age of 18 as professional middle-aged violinists belonging to international-level orchestras (about 7,336 hours)! By the age of 20, the most accomplished musicians estimated they spent over 10,000 hours in deliberate practice, which is 2,500 and 5,000 hours more than two less accomplished groups of expert musicians or 8,000 hours more than amateur pianists of the same age.

That said, 10,000 hours is an average. And deliberate practice is not just going through the motions.

You’ve spent more than 10,000 hours driving but that doesn’t make you ready for NASCAR or Formula One.

Deliberate practice means getting feedback and always pushing to improve. It’s not flow and it’s not fun.

But it is what molds champions.

(More on how you can become an expert here.)

I won’t lie to you: being a member of the lucky sperm club certainly has its advantages.

Via The Sports Gene: Inside the Science of Extraordinary Athletic Performance:

Even in this age of hyperspecialization in sports, some rare individuals become world-class athletes, and even world champions, in sports from running to rowing with less than a year or two of training. As with Gobet’s chess players, in all sports and skills, the only real rule is that there is a tremendous natural range.

There are also genetic advantages in the area of music, math and writing.

Via The Complexity of Greatness: Beyond Talent or Practice:

This is usually cause for many to throw up their arms and surrender. (These people do not have much grit, mind you.)

But the existence of genetic advantages doesn’t mean you should give up. I’d ask you two questions:

Via The Sports Gene: Inside the Science of Extraordinary Athletic Performance:

But, as Norton and Olds saw, as winner-take-all markets emerged, the early-twentieth-century paradigm of the singular, perfect athletic body faded in favor of more rare and highly specialized bodies that fit like finches’ beaks into their athletic niches. When Norton and Olds plotted the heights and weights of modern world-class high jumpers and shot putters, they saw that the athletes had become stunningly dissimilar. The average elite shot putter is now 2.5 inches taller and 130 pounds heavier than the average international high jumper… Just as the galaxies are hurtling apart, so are the body types required for success in a given sport speeding away from one another toward their respective highly specialized and lonely corners of the athletic physique universe.

Tall and thin? Try basketball. Short and thick? Weightlifting. Mom and dad are successful engineers? Give math a whirl.

Taking advantage of genetic gifts is a matter of finding what your body and mind might have been designed to excel at and aligning your efforts appropriately.

(More on genetic advantages — and how I had my own DNA analyzed — here.)

Be Part Of A Great Team

Working 10K hours and having naturally steady hands can be a great advantage to a doctor but surgeons only get better at their home hospital.

Why? That’s where they know the team best and develop strong working relationships.

Overall, the surgeons didn’t get better with practice. They only got better at the specific hospital where they practiced. For every procedure they handled at a given hospital, the risk of patient mortality dropped by 1 percent. But the risk of mortality stayed the same at other hospitals. The surgeons couldn’t take their performance with them. They weren’t getting better at performing coronary artery bypass grafts. They were becoming more familiar with particular nurses and anesthesiologists, learning about their strengths and weaknesses, habits and styles.

What about for artists? Yeah, baby.

Frank Lloyd Wright’s drought lasted until he gave up on independence and began to work interdependently again with talented collaborators. It wasn’t his own idea: his wife Olgivanna convinced him to start a fellowship for apprentices to help him with his work. When apprentices joined him in 1932, his productivity soared, and he was soon working on the Fallingwater house, which would be seen by many as the greatest work of architecture in modern history.

(More on how your friends can make you a better person here.)

Researchers who hog the credit on scientific papers are less likely to win a Nobel prize.

Those who give younger academics a bit of the spotlight are more likely to have a trip to Stockholm in their future.

Via The Half-life of Facts: Why Everything We Know Has an Expiration Date

One striking finding was the beneficence of Nobel laureates, or as Zuckerman termed it, noblesse oblige. In general, when a scientific paper is published, the author who did the most is listed first.There are exceptions to this, and this can vary from field to field, but Zuckerman took it as a useful rule of thumb. What she found was that Nobel laureates are first authors of numerous publications early in their careers, but quickly begin to give their junior colleagues first authorship. And this happens far before they receive the Nobel Prize… By their forties, Nobel laureates are first authors on only 26 percent of their papers, as compared to their less accomplished contemporaries, who are first authors 56 percent of the time. Nicer people are indeed more creative, more successful, and even more likely to win Nobel prizes.

We think of givers as getting exploited or walked on. And that definitely happens.

What I find across various industries, and various studies is the Givers are most likely to end up at the bottom. That’s primarily because they end up putting other people first in ways that either burn them out, or will allow them to get taken advantage of and exploited by Takers.

But that’s not the end of the story. If givers resist being martyrs, or have a circle of “matchers” who protect them, they end up on top:

Then I looked at the other end of the spectrum and said if Givers are at the bottom, who’s at the top? Actually, I was really surprised to discover, it’s the Givers again. The people who consistently are looking for ways to help others are over-represented not only at the bottom, but also at the top of most success metrics.

Only got 5000 hours and “pretty good” genetics? Combining these methods can provide powerful results.

You don’t need to work endlessly or be born brilliant. There’s a very simple formula we can all use to get a benefit from this information:

All other things being equal, I can’t imagine how this combination would not lead to an impressive level of success. Can you? 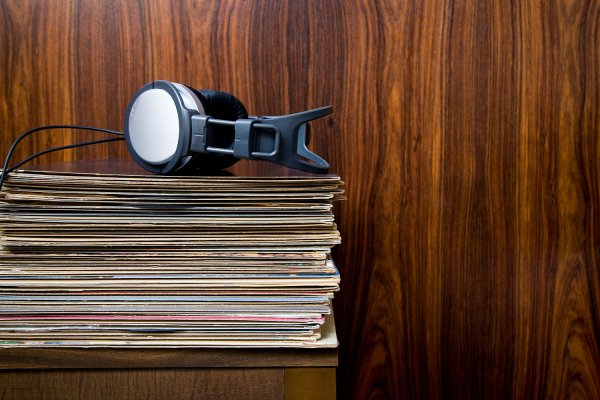 What the Music You Love Says About You and How It Can Improve Your Life
Next Up: Editor's Pick