The United Nation’s Food and Agriculture Organization (FAO) warned on Monday that governments in Asia and the Pacific must increase its food production significantly by mid-century, or risk food shortages and chronic hunger that could spur political unrest and civil wars.

The warning came as the organization launched a week long food security conference in Ulan Bator, Mongolia. It said some countries in the region—which encompasses countries as diverse as Australia, China, India, New Zealand, and the Philippines—will need to increase their food production by up to 77 per cent to feed their populations by 2050. The world’s population is expected to reach 9 billion by mid-century, reports Reuters.

While countries in the region have made progress on improving on under-nutrition, says the FAO, the region has more hungry people than in the rest of the regions of the world combined—more than 550 million.

“If we fail to meet our goal and a food shortage occurs, there will be a high risk of social and political unrest, civil wars and terrorism, and world security as a whole might be affected,” said Hiroyuki Konuma, the assistant director-general of FAO Asia-Pacific. 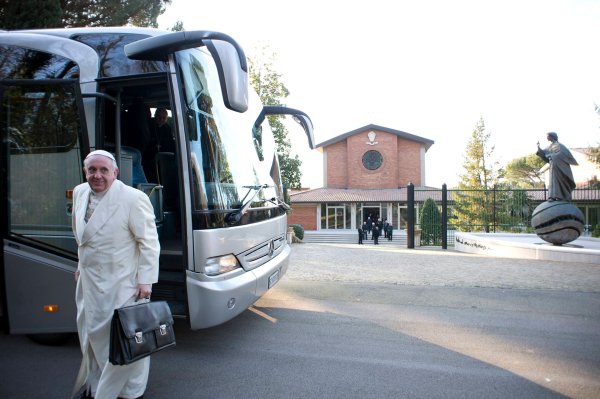 Pope Francis Takes The Bus To Spiritual Retreat
Next Up: Editor's Pick