A U.S. Navy MH-60R Sea Hawk helicopter preparing to return to the search and rescue for the missing Malaysian airlines flight MH370 on March 9, 2014 at sea in the Gulf of Thailand.
U.S. Navy — Getty Images
By Sam Frizell

The shocking disappearance of Malaysia Airlines Flight MH370 has captured the attention of millions around the world as the search for the airplane and its passengers and crew continues. What happened to the flight’s 239 passengers and crew after the plane left Kuala Lumpur on Saturday? It is becoming an increasingly desperate question as the days pass.

But it’s hardly the first mystery of its kind. While it’s extremely rare that a flight simply vanishes with barely a trace, aviation history has seen its fair share of enigmatic disappearances and unfortunate flights that literally flew off the radar. Here are six of the half-solved and unsolved airline mysteries that kept investigators clueless for years.

Air France Flight 447: An Airbus A330 flight from Rio de Janeiro to Paris plunged into the Atlantic Ocean in 2009, killing all 228 passengers and crew on board. But it took a full five days for search and rescue teams to find the wreck and another three years for investigators to report that ice crystals had caused the autopilot to disconnect. The bodies of 74 passengers remain unrecovered.

Amelia Earhart: One of the most storied and enduring legends of aviation history, ace pilot Amelia Earhart disappeared in her twin-engine monoplane Electra over the Pacific Ocean in 1937 in an attempt to circumnavigate the globe. No trace of her plane was ever found even after a multi-million dollar search effort, and Earhart was officially declared dead in 1939.

Amelia Earhart is pictured with her Flying Laboratory in which she attempted to fly around the world from Oakland, Ca.
Popperfoto—Getty Images

Flying Tiger Line Flight 739: A U.S. military flight left Guam in 1962 with more 90 personnel headed for the Philippines, but it never arrived. The pilots never issued a distress call, and 1,300 people involved in the U.S. military search never found any trace of wreckage. A Liberian tanker ship’s crew claim to have seen an “intensely luminous” light in the sky at the approximate time of the flight, but the U.S. Civil Aeronautics board ruled it was “unable to determine the probable cause of the incident.”

An example of a Lockheed Super Constellation, the same type of plane as Flying Tiger Line Flight 739.
Lockheed Corp—AP

British South American Airways: It took more than 50 years to find any trace of the 11 people aboard a 1947 flight that disappeared in the Andes Mountains. A pair of Argentinian rock climbers discovered engine wreckage in the Andes in 1998, and an army expedition later found human remains as well. Some say the plane caused an avalanche when it crashed into Mount Tupangato and was buried in the snow.

Argentine Air Force Maj. Luis Estrella holds up a piece of a British plane which crashed 52 years ago on the side of the Tupungato Volcano, some 1,300 kilometers (800 miles) west of Buenos Aires, Sunday, Feb. 20, 2000.
Argentine Air Force—AP

Bermuda Triangle: A series of disappearances over the so-called “Devil’s Triangle,” the vast expanse of ocean between Florida, Puerto Rico, and Bermuda has given the region an unshakeable notoriety. Two British South American Airways passenger jets disappeared in the region in 1948 and 1949, and more than 51 people were lost on the two flights and never found. In 1945, five American bombers ran a training mission over the area and were never recovered; the aircraft charged with finding the men deployed with a 13-man crew, and also vanished.

Uruguayan Air Force Flight 571: A flight headed to Santiago, Chile carrying 45 passengers and crew crashed into the Andes mountains in poor weather in 1972, killing 12 people. Authorities were unaware of any survivors for 72 days. In the meantime, eight were killed in an avalanche that hit the plane’s wreckage where they were taking shelter, and the remaining 16 resorted to cannibalism to stay alive, eating the corpses of the dead before they were finally found more than two months after disappearing out of the sky. 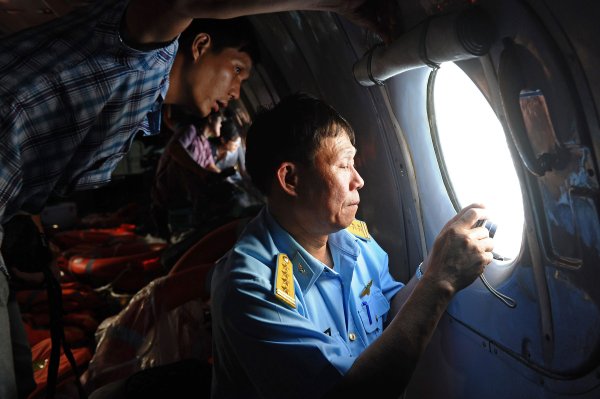 Stolen Passports Are Common
Next Up: Editor's Pick