Global Investors Got High on Emerging Markets: Now for the Comedown

You’d think that the world’s investors would be in good spirits right now. The U.S. economy finally appears to be recovering. Japan may be stirring back to life. Both the IMF and World Bank recently upgraded their projections for global growth. But as we get started on 2014, financial markets are in turmoil. Emerging markets from Argentina to Turkey to South Africa are seeing their currencies get slammed as investors flee. The jitters ricocheted to the U.S. last week, pummeling stocks in New York City. What in the world is going on?

Call it coming down off an emerging-markets high. During the Great Recession, when the U.S. and Europe became crushed under debt, joblessness and recession, the developing world appeared to be the future of the global economy. Growth in countries like China, India, Brazil and Indonesia shrugged off the woes of the West and supported the world economy through this toughest of times. Money flowed generously into many of these markets as a result, especially since anxious central banks in the U.S., Europe and Japan flooded their economies with liberal amounts of cash to prevent an even worse downturn. What’s happening now is that global investors are starting to realize the developing world has its own issues, and that it hasn’t detached itself from the West’s problems either. Simply, we’re waking up to the fact that many of the most promising emerging markets are facing difficulties that dim their prospects. The bubble of exuberance that has surrounded the developing world is bursting.

Take a look at China. Though its GDP growth, at 7.7% in 2013, is nothing to sniff at, it is far cry from the double-digit expansion that had been so common, and many economists believe growth will slow further. That’s because its current, investment-obsessed growth model is sputtering and the leadership in Beijing is embarking on a major reform effort to build a new foundation for future success. In fact, a good part of the strong performance China experienced during the downturn was due to a massive surge of credit that has left China burdened with lofty levels of debt. That expansion fueled consumption of everything from iron ore to Prada handbags, but it wasn’t sustainable. Now that Beijing is trying to cool things down, countries that export a lot to China, like Brazil, could see a knock-on effect to their growth as well. Despite warnings from many economists that this was coming, investors only now seem to be adjusting their thinking to a world with a slower China, and that’s affecting their sentiments towards other emerging economies.

(MORE: China’s Economy Is Slowing, and We Should All Be Thankful)

Investors are also coming to realize that many developing nations are facing political pressures that are dragging on growth. India, plagued by political gridlock and distracted by upcoming elections, has allowed the free-market reform that has been driving growth to stall. In Thailand, an ongoing political contest between the ruling party and its opponents is weighing heavily on the economy.

Still other problems have been exacerbated by the global downturn itself. All the cheap dollars spilled out by the U.S. Federal Reserve in its efforts to stimulate the American economy has made it easy for countries like Turkey and India to finance consumption and, in essence, live beyond their means. The fear is that as the Fed scales back that largesse, these countries will have a harder time getting cheap money, and that will drag on their economies. Some companies in emerging markets like Indonesia built up significant amounts of dollar debt that now could become more expensive to service. Those jitters are causing some investors to get out of some of these markets before matters get worse. Perhaps these fears will prove unfounded, but since the cash-creating programs of the world’s major central banks are so unprecedented, the impact of winding them down is uncertain as well.

This isn’t to say that all emerging markets are disasters. The IMF expects Nigeria to grow at a very China-like 7.4% this year, while the Philippines remains surprisingly buoyant. “The real lesson from recent events is that the need for investors to discriminate between individual [emerging markets] has never been greater,” noted research firm Capital Economics in a recent note. Still, while we detox, expect a bumpy ride.

MORE: The BRICs Have Hit a Wall 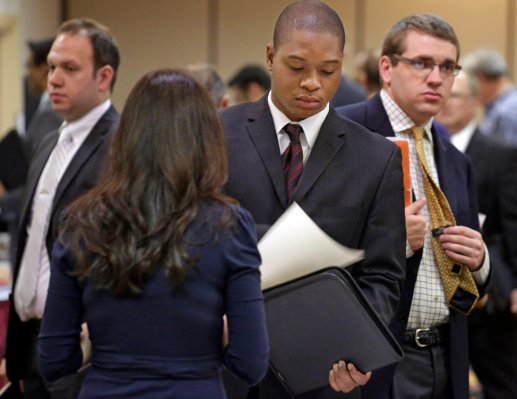 And the Best Job in America Right Now Is...
Next Up: Editor's Pick