Only a small population of people drink unpasteurized milk, also known as “raw” milk, but its increasing popularity has some medical groups concerned. Some raw milk advocates argue that it’s healthier for us since raw milk contains no antibiotics or hormones, while others say it’s better for people with lactose allergies. For its part, the FDA advises against drinking raw milk, which can contain bacteria from fecal matter and sometimes be fatal, and has long stated that it doesn’t help with lactose intolerance.

But a new study published in the Annals of Family Medicine is definitively poking holes in the allergy theory, by reporting that lactose-intolerant people have the same symptoms from raw and pasteurized milk.

Advocates for raw milk claim that it contains good bacteria that can help with lactose absorption. “When I heard that claim it didn’t make sense to me because, regardless of the bacteria, raw milk and pasteurized milk have the same amount of lactose in them,” said study author Christopher Gardner, a professor of medicine at the Stanford Prevention Research Center in a statement. “But I liked the idea of taking this on since it seemed like a relatively straightforward and answerable question because the symptoms of lactose-intolerance are immediate.”

The study was small, with only 16 lactose-intolerant participants. All 16 tried three different types of milk–raw, pasteurized, and soy–over multiple eight-day periods.

For eight days, the participants were randomly assigned to one of the three milks, and they drank an increasing amount of that milk as the study period went on. They then reported their allergy symptoms, which were usually gas, diarrhea, and cramping, and rated them on a scale of 0 to 10. Their breaths were also measured for hydrogen, which can indicate undigested lactose in the colon and intolerance.

After the first eight days of drinking one type of milk, the participants took a week off where they drank no milk, and then started up again with another eight days of a different type of milk. To mask which type of milk participants were drinking, researchers randomized the order and added sugar-free vanilla syrup. Soy, which doesn’t contain lactose, acted as the control.

Researchers found no differences in the hydrogen breath tests between consuming pasteurized or unpasteurized milk. Participants also rated their symptom severity the same, regardless of the type of milk they drank.

Although the study is small, it brings into question the benefits of raw milk for people with lactose intolerance. “It’s not that there was a trend toward a benefit from raw milk and our study wasn’t big enough to capture it; it’s that there was no hint of any benefit,” said Gardner in a statement. 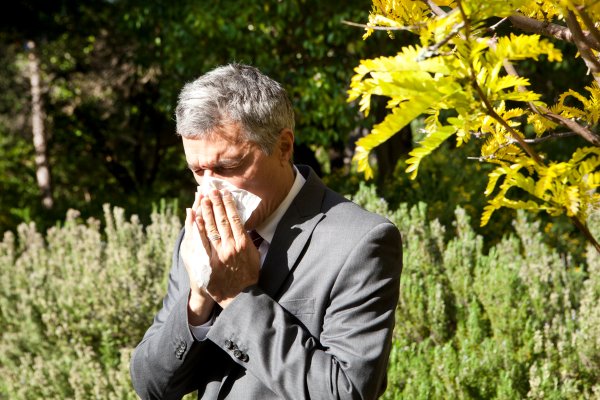 You Can't Hide From Allergies
Next Up: Editor's Pick