Predicting the Future of Apple TV

At Apple’s recent shareholder meeting, CEO Tim Cook told his audience that Apple TV brought in $1 billion in revenue in the last fiscal year and said that Apple TV is now more than a hobby. That means Apple sold about 10 million Apple TV boxes during this time.

I was at the D5 conference when Steve Jobs told about 350 top industry execs that Apple TV was a “hobby” and that Apple would see where it went. While I believe Jobs was not sure where Apple TV was headed when he launched it, this product has clearly caught the attention of millions of users. It’s now a real product that has a lot of potential for Apple. In fact, I believe it sits at the center of Apple’s push into the living room.

The best way to think about the future of Apple TV is as a platform for Apple to deliver new content, apps and services aimed at the living room. To Apple, the TV is just another screen to be used to access these services and apps. In his biography of Steve Jobs, author Walter Isaacson quotes Jobs:

Since this news was revealed in the book, many people have been in a tizzy over what Apple has planned for Apple TV. Although Jobs does mention an integrated TV set, I think Apple’s real focus is on creating a powerful box that sits outside the TV and works with hundreds of millions of existing TVs. I believe this type of device is at the heart of Apple’s TV business model.

With this in mind, here are the things Apple has to have in place before it launches any new Apple TV:

As Job’s pointed out in his comments to Isaacson, he was planning to reinvent the user interface for Apple TV and make it really simple to navigate DVDs, cable channels and any type of content that can be shown on a large screen like a television. People sit 6-10 feat away from their TV sets, so a touch-based user interface won’t work. I suspect that the iPhone and iPad will play a big role in whatever new TV product Apple creates, but Apple is probably also working on voice commands and gestures as part of this new user interface. This is where we will see a real breakthrough when it comes to navigating content on a big screen.

The next thing Apple will have to have in place is a solid software developers kit (SDK) so that people can write apps specifically for Apple TV. When Apple introduced the iPad, the company immediately released an SDK so that developers could write apps specifically for the iPad. Even though it uses the same operating system found on the iPhone, the way people interact with a tablet with a bigger screen is somewhat different than on the iPhone. So Apple had to create an SDK that took into account richer touch features as well as hooks for supporting more powerful processors, larger batteries and many other technologies not found in the smaller iPhone.

It’s the same thing with Apple TV. While we expect whatever Apple does with Apple TV to also use iOS, the interface for the TV will be completely different than what’s on the iPhone and iPad, and software developers would need to write apps specifically for interacting with a larger screen that uses different forms of input.

Apple would also need to have even better content deals in order to expand the reach of Apple TV. Rumors have been circulating that Apple was interested in some type of deal with Time Warner Cable to acquire more content, although since Comcast is trying to buy Time Warner Cable, it is unclear whether a deal between Time Warner Cable and Apple would even be a possibility now. Regardless, Apple needs a lot of new content as well as dedicated first- and third-party apps to differentiate its TV platform from products offered by Roku, Google, Amazon or many other large companies who want access to a family’s living room.

When Apple rolls out a new product — especially one that impacts an existing category of products but in new ways — it has to prime and develop the channels before launch so that when it debuts, people can have a place to buy them. Apple has quite an edge on its competitors in this area since it owns over 2000 of its own stores, but it would also have to have in place distribution deals with big players like Walmart, Costco, Target and others to get this product to market quickly. Apple needs to start building up a strong users base that would take advantage of the apps, content and services to be delivered to the living room.

The last thing that needs to be in place is a roadmap for how any Apple TV device could become the center of a home automation strategy in the future. Apple TV could be tied closely to iPhones and iPads as part of a digital home ecosystem. Apple clearly wants to become more pervasive in the home, and while a TV box helps accomplish that goal, making an Apple TV device double as a hub for home automation would give Apple a powerful stronghold. Once people buy into Apple apps and services for the home, they’re not likely to walk away just because a competitor has something cheaper. Tying Apple TV and a home automation service to Apple’s iCloud offering would be a powerful combination for Apple’s customers.

So, what is the future of Apple TV? Well, if we follow the guidelines mentioned above, we can expect that it will use iOS and have a new interface fine tuned for interacting with the TV from 6-10 feet away. To Apple, the TV is just a new big screen to which the company can deliver new apps and services. Apple will give developers a powerful SDK that is designed for writing apps for a TV, unleashing new types of creativity for use on a larger screens.

We can also expect to have a lot of other content and possible communication deals — perhaps deals in which Apple becomes the actual front-end interfaces for some cable companies in the way it has recently partnered with car companies to deliver a connected platform for automobiles.

I also believe that Apple’s interest in home automation will be part of the new Apple TV. We can expect some creative things from Apple in this area as well. And of course, we should expect that as soon as the product is available, people will be able to buy it from Apple and thousands of other retail stores.

As stated earlier in this column, I firmly believe that Apple’s new TV product, whatever it will be, will sit in some type of box outside the TV set itself so that it can be used on hundreds of millions of existing TVs. Although Apple could create an actual TV set with all of this technology inside, I don’t think it would do this other than to have a showcase product of some type. Apple would want to bring any new Apple TV box to hundreds of millions of homes, and while some might buy an upscale TV made by Apple, that’s not where Apple’s real money will be made.

Apple CEO Tim Cook has said on multiple occasions in the past six months that Apple has a lot of exiting new products coming to market in 2014. I would not be surprised if Steve Jobs’ vision of Apple TV is actually one of them. 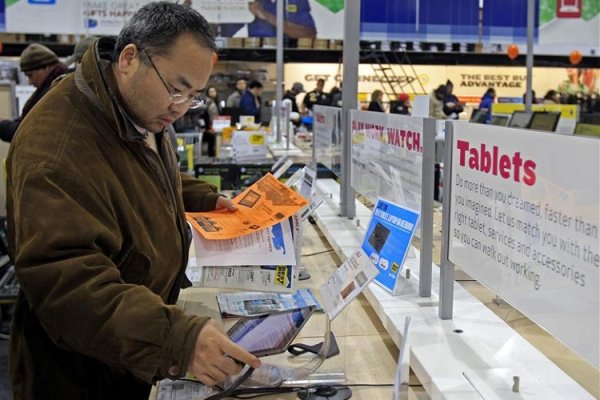 Consumer Choice Is the New Tech Industry Theme
Next Up: Editor's Pick