Low levels of radiation will reach ocean waters along the United States’ West Coast next month, scientists said, as fallout from the Fukushima nuclear disaster drifts across the Pacific Ocean.

Radiation will be at levels low enough to leave humans and the environment unharmed, scientists predict, but there are calls for increased monitoring as federal agencies currently do not sample Pacific Coast seawater for radiation, reports USA Today.

A 9.0 magnitude earthquake in March 2011 triggered a tsunami with waves as high as 133 feet off the coast of Japan, killing more than 15,000 people and injuring 6,000. The disaster cut off power to the Fukushima Daiichi nuclear power plant complex, causing meltdowns at three reactors and leaking contaminated water into the ocean.

Models show the contaminated water reaching north of Seattle first, then move down the West coast, most likely in April, scientists said. 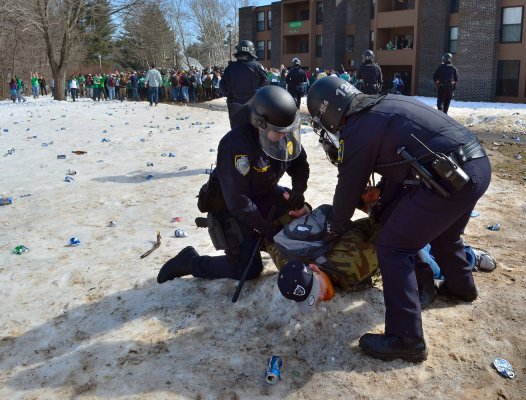 73 Partiers Arrested at St. Pat's 'Blowout'
Next Up: Editor's Pick