Police detain a participant in the pre-St. Patrick's Day "Blarney Blowout" near the University of Massachusetts in Amherst, Mass. March 8, 2014.
Robert Rizzuto—The Republican/AP
By Sam Frizell

A pre-St. Patrick’s Day celebration known as the “Blarney Blowout” spiraled into bedlam Saturday at the University of Massachusetts’ Amherst campus, where police in riot gear arrested at least 70 people at an off-campus apartment complex.

A crowd of thousands of revelers had gathered at apartments to celebrate the holiday before their spring break begins this week. Participants were seen vomiting and staggering due to drunkenness. The situation escalated as police moved to disperse the crowd, and the officers used pepper spray and began making arrests.

Police said Sunday a total of 73 people had been taken into custody, after students re-converged at a separate location near a fraternity house and an intersection.

After the crowd dispersed, tear gas hung in the air over discarded beer cans and debris, reports the Daily Hampshire Gazette. Students were upbeat despite the mayhem and the injuries. “Blarney Blowout 2014 was a blast, even though I got tear-gassed,” said Selin Uzumcu, an 18-year-old freshman studying business.

Charges for the rowdy students included inciting to riot, failing to disperse, disorderly conduct, liquor law violations, and assault and battery on officers, police said. Some students have been released on bail while others are being held.

UMass denounced the “unruly behavior” Saturday and said students who were arrested risk suspension or expulsion.

Colleges around the country have gone on high alert to pre-empt St. Patrick’s Day chaos, which frequently causes injuries and property damage at schools. 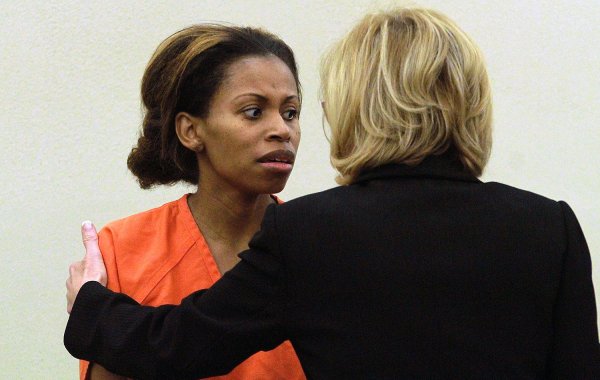 Bail Set For Mom Who Drove Kids Into Ocean
Next Up: Editor's Pick