A picture taken by personnel of a Vietnamese search aircraft and made available by Tienphong.vn on March 9, 2014, shows what is believed to be a piece of debris of the missing Malaysia Airlines airplane
Tienphong.vnt—EPA
By Sam Frizell

Vietnamese air-rescue crews spotted floating fragments in the South China Sea on Sunday that they suspect may be debris from the missing Malaysia Airlines Flight 370. However, after searching overnight they still could not find a rectangle object spotted and thought to be one of the jet’s doors.

Vietnam’s Ministry of Information and Communication said it had located fragments of an inner door and part of the plane’s tail, about 50 miles (80 km) south-southwest of Tho Chu Island, the Wall Street Journal reports. It released a photograph purportedly showing a piece of debris.

Reports of the discovery came as the Malaysian air force said the missing jet might have turned back before vanishing, as international authorities investigated up to four passengers with suspicious identities.

The Malaysian air force did not say which direction the plane turned when it supposedly went off course or how long it flew in a new direction, but air-force chief Rodzali Daud did say that evidence from military radar “in some parts” was “corroborated by civilian radar,” the Associated Press reports.

Authorities are investigating the identities of at least four passengers on the flight. Two of the names listed on the flight’s manifest match the names on two passports that were reported stolen in Thailand, Foreign Ministries in Italy and Austria said. China’s e-ticket verification system suggests the people who traveled on the stolen passports bought their tickets together.

The Boeing 777 plane was carrying 239 people including crew and passengers when it lost contact with ground control somewhere between Malaysia and Vietnam. It was en route to Beijing after leaving Kuala Lumpur early Saturday morning.

The unusual circumstances of the disappearance — the weather was mild, the plane was cruising, and the pilots did not send a distress signal — have led some experts to suspect foul play, even as authorities continue to search for the remains of the plane. 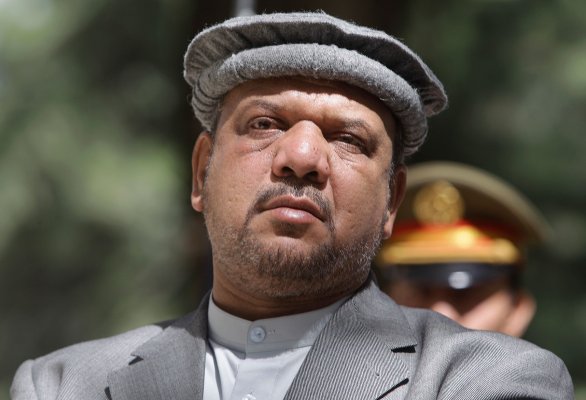 Afghan VP Dies From Illness
Next Up: Editor's Pick