The Miami Herald reports that Bieber had been visiting a club on South Beach’s Lincoln Road Wednesday night.

Police confirmed that Bieber was arrested just after 4 a.m. while driving a rented yellow Lamborghini and tweeted that he was arrested with rapper Crazy Khalil, real name Khalil Amir, who was in a red Ferrari. Both cars were towed.

Police spokesman Bobby Hernandez told CNN that two SUVs “actually blocked the traffic at 26th and Pine Street so that they could race on Pine Street [a residential road], almost making it like a makeshift race track.”

Hernandes continued that Bieber showed “signs of impairment” and failed a sobriety test. He was taken into custody, booked, and will be transported to Miami-Dade county jail.

The police’s Twitter handle posted photos of the arrest report and Bieber’s mugshot Thursday morning, which described the arresting officer’s interaction with Bieber. The singer said that he wasn’t impaired and had come from the recording studio. When preparing for a pat down, Bieber reportedly asked, “Why the f*** are you doing this?… What the f*** did I do, why did you stop me?”

Earlier this month, Los Angeles County sheriff’s deputies raided Bieber’s mansion and seized his iPhone and security camera system as a part of a felony vandalism investigation. Police were looking for clues about who egged the singer’s neighbor’s home, which resulted in some $20,000 in damages.

Bieber’s plane landed in South Florida’s Opa-locka Executive Airport Monday, and a police spokesperson said Wednesday that they are also investigating an unauthorized police cruiser escort of the singer from the airport.

(MORE: Bieber’s Style Statements: The Good, The Bad, The Questionable)

This story was updated to include new details about the arrest. 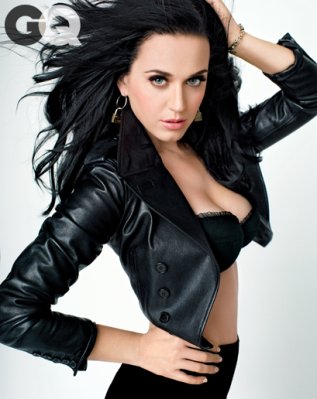 Are You There, God? It's Me, Katy Perry
Next Up: Editor's Pick