This weekend is a big one for the juggernaut Hillary Clinton for President shadow campaign. Ready for Hillary, the super PAC building her grassroots army-in-waiting, swarmed Iowa’s Democratic county conventions with 250 volunteers to sign up new supporters on Saturday, offering buttons and bumper stickers in return for valuable voter contact information.

The group’s website is getting a big makeover this weekend, complete with two elements that symbolize how the backers of Clinton ’16 are borrowing as much as they can from the triumphal Obama campaigns.

First, there’s a buzzy new video (see below) showcasing her status as a visual, emotional icon of history-changing female empowerment and accomplishment (cherubic child, bespectacled Yalie, adoring mother, First Partner, steely senator, Madame Secretary), accompanied by a bit of acoustic celebrity fairy dust courtesy of Katy Perry’s pop hit “Roar” (“Cause I am a champion and you’re gonna hear me roaaaaaaar!”). Second, the website has been souped-up to allow supporters to more easily identify and contact people on Facebook, solicit greater numbers for Ready for Hillary, and reach out to constituency groups, such as LGBT or African-Americans, to host events around the country.

The Super PAC’s advisers (many of whom played senior roles in Obama’s two presidential campaigns) say their outfit is benefitting from rapid advances in algorithms and tech tools, all the better to serve their prospective candidate. It is the kind of electronic-wizardry-meets-brick-and-mortar effort, enhanced with the latest razzle-dazzle, that allowed Obama to swamp Clinton when they faced off for the Democratic nomination in 2008.

With a baker’s dozen Republicans poised to seek the party’s 2016 presidential nomination (currently courting staff and donors, divvying up GOP resources and talent), and potential Democratic hopefuls hanging back—intimidated by the Clinton inevitability factor—no one else in the country is assembling anything like Ready for Hillary’s giant apparatus for the next race for the White House.

At the same time, putting together a grassroots machine costs money. So even as the “Ready” forces talk about the hinterland and the grassroots, and hold many fundraisers with a nominal contribution ask of $20.16, they don’t plan on ignoring bigger, establishment pocketbooks. TIME has learned that on the evening of April 3, at the Beltway restaurant Johnny’s Half Shell just down the street from the Capitol, a group of Clinton loyalists plan to host a Ready for Hillary fundraiser. Organizers expect anywhere from 50 to 100 people to attend, with contributions ranging from $1,000 to $2,500. The host committee currently includes an array of well-connected Democratic lobbyists and politicos, most with long-standing ties to the Clintons: Johnny Boland, Susan Brophy, Jeff Forbes, Brian Griffin, Trish Hoppey, David W. Jones, Tim Keating, Jim Lamb, Scott McConnell, Tom Sheridan, Dan Tate Jr., and Michael Williams.

I will have more reporting in the coming days on the aspirations and plans of Ready for Hillary. 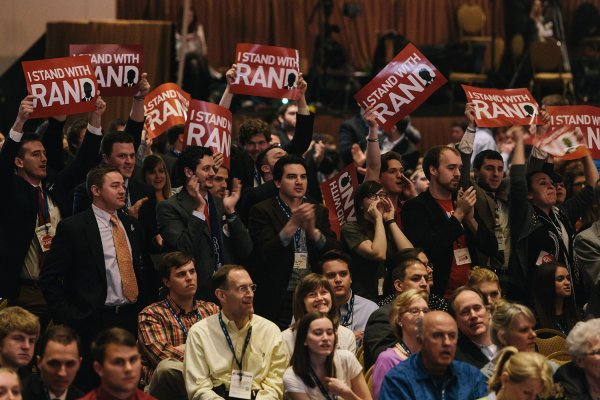