Kentucky Sen. Rand Paul repeated his first-place finish as the preference of conservative activists for the 2016 presidential nomination Saturday, finishing with 31 percent of the vote at the Conservative Political Action Conference.

Paul drew a large crowd of supporters to the three-day conference and drew the largest and most enthusiastic crowds with his speech on Friday rallying against the National Security Agency. The straw poll has been a poor predictor of future success, even among the conservatives who vote in it.

Texas Sen. Ted Cruz, another tea party favorite, placed a distant second among the 2,459 votes cast in the annual measure of conference attendees, with 11 percent of the vote. Former Johns Hopkins neurosurgeon Ben Carson placed third with 9 percent and New Jersey Gov. Chris Christie, who was not invited to the conference last year, placed fourth with 8 percent.

The results highlight the fractured state of the Republican Party, with potential tea party and libertarian candidates drawing the energy of the party’s grassroots. Sen. Marco Rubio, who drew intense flack from the base for his support for immigration reform, saw his support drop from 23 percent second-place finish last year to just 6 percent, for a seventh place finish. Rep. Paul Ryan, the 2012 vice presidential candidate, saw his support cut in half from 6 percent to 3 percent, as he is increasingly viewed as being part of the party’s establishment.

For the first time, a majority of conference attendees, 51 percent, disapproved of the way Republicans in Congress are handling their jobs.

After his victory, Paul tweeted his thanks to his supporters: 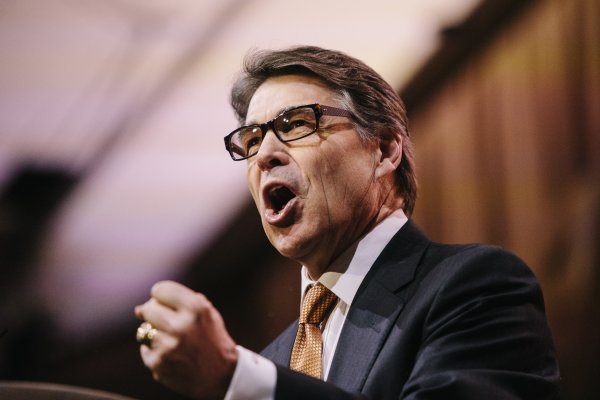 Rick Perry Wows Crowd at CPAC
Next Up: Editor's Pick