10 Things We Learned about the Oscars From Jennifer Lawrence's BFF

The latest chapter in the chronicle of the most amazing woman in the world—Jennifer Lawrence—was penned not by Lawrence herself but by her best friend, Laura Simpson. Simpson (who is not famous, though she might be by the end of the week) was Lawrence’s date to the Oscars. She chronicled the highlights of the night in a hilarious MySpace post—because of course Lawrence’s BFF would be funny.

Here are the highlights.

1. Picking a dress is super stressful, even when you’re not famous

“I had a complete meltdown. Somehow the night before the Oscars I managed to get into an argument with my best friend, my mom and my boyfriend. I think I cried more in the 12 hours before the Oscars than I have in 10 years—I was really getting into the drama of the evening. I somehow managed to make an entire event having nothing to do with me all about me and my precious feelings.”

Okay, that’s not a fact about the Oscars, just the most beloved person at the Oscars.

3. There are men in camouflage with big guns guarding the red carpet

“Highland (between Sunset and Hollywood) is filled with barricades with different entry points so no crazy person can plow their car through, killing everyone on the red carpet. Guarding each entry point through the barricades are men in head to toe camouflage with gigantic automatic weapons (rifles? I don’t know guns).”

4. People were standing outside the Oscars with signs that showed Paul Walker and Philip Seymour Hoffman burning in hell

“Completely lining the sidewalks of Highland are the Jesus freaks. I am not talking a few—I am talking every inch of the sidewalk is full of God-fearing picket signs and psalms…Right before you get to the red carpet, you get to Westboro Baptists with huge yellow signs of pictures of Phillip [sic] Seymour Hoffman and Paul Walker saying ‘BURNING IN HELL’ and other despicable things.”

5. She was the girl Jennifer Lawrence grabbed onto as she tanked on the red carpet

6. Nobody can see anything during most of the Oscars

“They mount two maybe 32″ TVs on either side of the auditorium which are near impossible to see so basically everyone in the theater is just sitting in complete darkness during the categories.”

7. People get really drunk and really hungry during the awards

“It’s around this time that you realize you are STARVING and haven’t had any food since breakfast at 9 a.m. It’s hot and you feel like you’re going to pass out. After waiting for my date’s category, her dad and I decide to hit the bar and just watch from the monitor behind the bar and slam a few drinks to make this tolerable. The Academy really needs to spring for more hors d’oeuvres options because now everyone is hammered.”

“The lovely pregnant Kerry Washington asks me if she could have the Slim Jim in my purse.”

“I didn’t have an opinion about her until I met her and I wish she were having my baby. Slim Jims forever, Kerry!”

“Eventually we ask what cologne he’s wearing and he tells us, “I don’t wear cologne, it’s just my musk I guess.” I have to choose not to believe him because it would just be unfair to mankind.”

10. Harvey Weinstein is as much of a jerk as you think he is

“Harvey Weinstein at the bar shaking my hand and saying, ‘you know who I am.'” 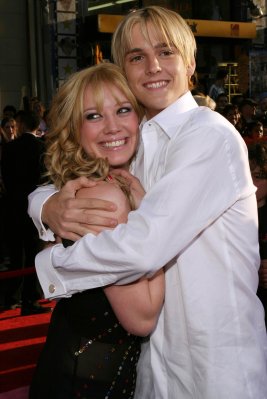