Happy Daylight Saving: 6 Proven Steps To The Best Night’s Sleep You’ll Ever Have

Your Worst Enemy Is Probably You

Stop cheating yourself. You can’t cut corners on sleep and not have it affect you:

…by the end of two weeks, the six-hour sleepers were as impaired as those who, in another Dinges study, had been sleep-deprived for 24 hours straight — the cognitive equivalent of being legally drunk.

Being tired actually makes it harder to be happy. “Sleeping on it” does improve decision making and can help you follow through on your goals.

Our findings show that sleep deprived people appear less healthy, less attractive, and more tired compared with when they are well rested.

“Take an A student used to scoring in the top 10 percent of virtually anything she does. One study showed that if she gets just under seven hours of sleep on weekdays, and about 40 minutes more on weekends, she will begin to score in the bottom 9 percent of non-sleep-deprived individuals.”

Out of 100 people who think they can go without much sleep, only five really can.

Night owls are smarter. And male night owls do better with the ladies.

But morning people are more proactive and happier — and you mood in the morning affects your entire day.

Working outside your preferred time frame can reduce performance but night owls might be able to teach themselves to be early birds by creating rituals that make them excited to get out of bed.

What Makes For A Great Night’s Sleep?

Via Dreamland: Adventures in the Strange Science of Sleep.

1) Exercise during the day promotes good sleep at night:

…those who exercised reported a better quality of sleep than those who remained sedentary.

One study by researchers in Lille, a city in northeastern France, found that subjects fell asleep faster and had a better overall quality of sleep following behaviors that cooled the body, such as taking a cold shower right before bed. The best predictor of quality sleep was maintaining a room temperature in a narrow band between 60 and 66 degrees Fahrenheit (or 16 to 19 degrees Celsius).

3) Avoid light before bed, and that includes TV’s and computers:

…bright lights— including the blue-and-white light that comes from a computer monitor or a television screen— can deceive the brain, which registers it as daylight. Lying in bed watching a movie on an iPad may be relaxing, but the constant bright light from the screen can make it more difficult for some people to fall asleep afterward.

4) Avoid coffee or alcohol at night:

It is obviously not a good idea to drink coffee in the evening if it keeps you up at night. Nor is drinking alcohol before bedtime a smart move. Alcohol may help speed the onset of sleep, but it begins to take its toll during the second half of the night. As the body breaks down the liquid, the alcohol in the bloodstream often leads to an increase in the number of times a person briefly wakes up.

5) Mattress quality doesn’t matter. The only factor that was relevant with regard to beds was when traveling, people sleep best on a mattress similar to the one they have at home.

6) Keeping a consistent sleep and wake schedule is more important than you think. Shifting Daylight Savings Time around lowers SAT scores. Jet lag can be devastating to performing at your best.

A very common yet overlooked cause of insomnia is putting too much effort into trying to get to sleep.

And Ambien and other drugs are overrated for helping you get to sleep.

Do more aerobic exercise during the day instead. You don’t actually have to work out really hard, you just have to think you did.

On the other hand, trying to stay awake? Coffee’s always good but don’t forget about gum.

Nightmares? Try video games. And if you see something scary, like a horror movie, discuss it afterwards. This can reduce the chance of nightmares.

Waking up in the middle of the night actually might not be such a bad thing — humans may naturally sleep in two phases.

Use Sleep to Improve Learning and Thinking

Sleep is vital for improving skills. Want to increase your learning ability? After you review something, take a nap.

By the same token, missing an hour of sleep can take points off your IQ.

Promise yourself a reward when you wake up and you might even be able to increase learning as you sleep.

By the same token, lack of sleep makes us more likely to waste time on the internet.

You may want to spend less time analyzing complex problems and just sleep on it.

If you can’t sleep, trust your gut when making decisions while exhausted.

Use naps to increase alertness and performance on the job, enhance learning ability and purge negative emotions while enhancing positive ones.

Some research says the best naps are 10 minutes long.

How can you make your naps better?

To learn the secrets of how astronauts sleep, go here. 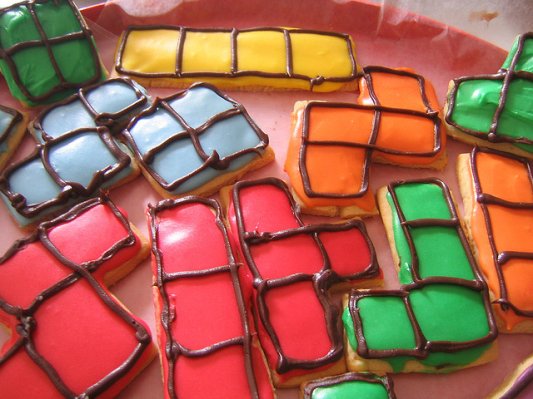 Playing Tetris Will Make You Forget You’re Hungry
Next Up: Editor's Pick