Your Texting Addiction is Starting to Cost the Government

A pedestrian crosses the street in Chicago while talking on her cell phone.
Getty Images
By Katy Steinmetz

The stories sound like jokes with the same punch line: Why did the man almost walk into a bear? Why did the woman tumble into a fountain? Why did the tourist fall off a pier? Because they were so engrossed in their phones that they had ceased paying attention to their surroundings. Yes, all those things actually happened. And apparently the man, the woman and the tourist are in good company.

A recent report from the Pew Research Center found that more than half of cell phone users have been affected by “distracted walking,” which they defined as respondents who had either bumped into something or been bumped into because someone was overly fixated on their screen. Researchers at the University of Washington observed more than 1,000 pedestrians and found nearly one in three was distracted by a mobile device as they crossed high-risk intersections; texters were less likely to look both ways or obey lights. Another study from The Ohio State University analyzed hospital data and found that injuries involving walking and using a cell phone more than doubled between 2005 and 2010.

These findings come as pedestrian fatalities are on the rise nationwide. A pedestrian now dies roughly once every two hours in a traffic collision, according to the National Highway Traffic Safety Administration. Though the federal government doesn’t tally how many deaths involved an electronic device, the problem of people walking on busy roads with their eyes on a phone and headphones in their ears has become serious enough that the government is dishing out money to fight it. When the Department of Transportation announced $2 million to combat pedestrian deaths, distracted walking was singled out as a problem that needs to be addressed. Recipients of the grants have not yet been announced, but the money will go to places where pedestrians are more likely to be victims; in New York City, for instance, travelers who are on foot account for more than 50% of traffic collision deaths.

That comes on top of a $400,000 federal grant given to TriMet, the public transit service in Portland, Ore. This February, TriMet will start testing buses outfitted with different types of gear designed to wake pedestrians up. Over six months, officials will conduct the nation’s first research on whether bright headlights or audio messages like “Pedestrians, bus is turning” or big signs that simply say “BUS” are best at cutting through the electronic fog. “It is something we face daily in our work,” says TriMet’s Roberta Altstadt. “People are out there and they’re just not paying attention no matter what we say.”

Lawmakers in at least five states have attempted to pass laws that address distracted walking, but the measures have so far fallen flat. In 2013, Nevada Assemblyman Harvey Munford proposed making it a crime to type or text while crossing a highway. “I notice it when I’m driving, people texting away on that phone. As soon as school is dismissed, students are out the door and the first thing they’re doing is pulling out their phones. I see it when I’m driving up and down where the resorts are on the Strip,” Munford says. “It’s like a drug. People are addicted to it.”

This Canadian Province Could Ban Pedestrians From Texting While Walking

The bill never made it out of committee, much like a New Jersey effort to designate September as Distracted Walking Awareness Month. Munford says he may introduce an updated distracted walking bill this year. The last one inspired debates about what level of use rises to distraction—talking? texting? just glancing to see who called?—and which roads would be affected—just highways? boulevards? two-lane streets?—as well as how a law might affect liability in accidents.

But even a very tailored bill will encounter forces that have helped kill such measures in the past. The notion of government presuming to say what people can and cannot do while putting one foot in front of the other is enough to set off nanny-state alarm bells among many lawmakers and their constituents. After the Utah Transit Authority instituted a $50 civil fine for anyone crossing light rail tracks while texting, talking on cellphones or wearing headphones, the agency asked the legislature to make that behavior a violation of state law. A committee voted the proposal down. “”You can’t legislate [not being] stupid,” State Rep. Craig Frank told the Salt Lake City Tribune. “This is way out of bounds. I’m surprised we have the guts to look at stuff like this.”

There is at least one precedent for putting new laws on the books: Rexburg, Idaho, where the City Council voted 4-to-2 in 2011 to make texting while in a crosswalk illegal. Violators may find themselves $50 poorer on the first offense. (It was widely misreported that Fort Lee, N.J., passed a similar ban.)

In the meantime, many local governments have opted for less punitive awareness efforts. San Francisco, where three pedestrians have already died this year, will launch a “Be Nice, Look Twice” campaign in February to encourage people to be more aware of their surroundings. In Delaware, highway safety officials have tried plastering sidewalks with stickers that say “Look up.” A Maryland county partnered with the organization Safe Kids Worldwide for a “Moment of Silence” campaign, started after a 15-year-old girl who was crossing the street while listening to music and looking at her cellphone was killed by a passing car. Students are asked to remember her and put their devices away before stepping into the road.

A few amateur activists have opted for a lighter take. In New York City, half the members of an improv comedy group donned bright orange vests that designated them as “Seeing Eye People” and led the other half around on leashes while they texted away, claiming it was a city pilot program. The videos are hilarious, but their joke about a buddy system highlights a serious truth: most of the time, no one is going to be around to protect distracted walkers from themselves. And the government certainly isn’t going to subsidize the habit. The most cost-effective fix is for pedestrians to decide to put their phones away. “At the end of the day,” TriMet’s Altstadt says, “it comes down to some amount of personal responsibility.” 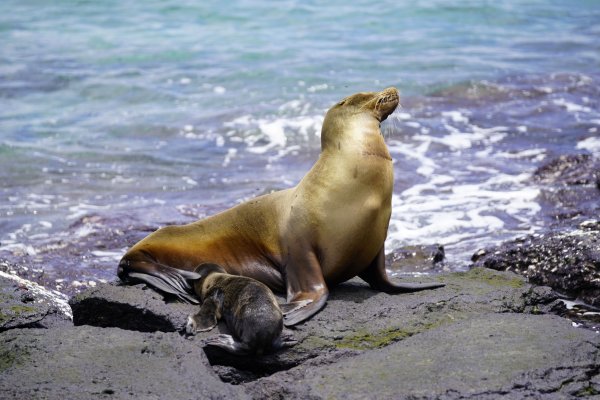