As legal sales of marijuana begin in Colorado, researchers have discovered a natural hormone that can block the drug’s high.

The hormone, known as pregnenolone, is already sold over the counter as an anti-aging supplement, since it is a precursor to steroid hormones like estrogen and testosterone, which decline with age. The new research suggests it could treat people with marijuana use disorders — as well as alleviate symptoms related to accidental or over-doses of the drug.

“The parts that are shut down are the ones that mediate many of the effects of cannabis that you may want to get rid of,” says Pier Vincenzo Piazza, one of the study’s authors and lab director of the Magendie Neurocenter at France’s INSERM research institute, “One is memory loss, another is [reduced] motivation and the third is seeking for the drug.”

The researchers tested whether pregnenolone levels rise with use of other drugs—but while they do increase slightly, the rise is nothing compared to the change seen with marijuana, so they think the effect is probably specific to THC. They also wondered whether pregnenolone contributed to the tolerance— or the need for more drug to get the same effect— linked to THC, but the doses of THC needed to make pregnenolone rise naturally were far higher than those that marijuana smokers typically ingest.

“It’s an intriguing study and the data look very convincing,” says Daniele Piomelli, professor of anatomy, neurobiology, pharmacology and biological chemistry at the University of California in Irvine, who was not associated with the research.

While the findings might also suggest a way to maximize the benefits of marijuana for medicinal purposes, the researchers say that because pregnenolone also blocks THC’s pain relieving activities and food cravings, it’s not likely to be useful for medical marijuana patients with cancer or other conditions in which the drug might be used to alleviate pain or increase appetite. However, it might help those who use marijuana to benefit from its other active ingredient, cannabidiol (CBD), which has anti-seizure and anti-psychotic properties. By blocking the THC high, it could potentially allow these patients to use natural marijuana without entering states of of altered consciousness.

The agent might also be useful in treating users who become anxious or paranoid from THC. “This drug could be used as treatment of a cannabis ‘bad trip,’” says Piazza, “Some people, even without [taking a high dose] have very bad effects and find themselves in the ER with very strong paranoia and anxiety. This compound could help get rid of this.”

Pregnenolone does not actually prevent THC or the brain’s own cannabinoids from reaching their receptors by physically blocking them— instead it changes the way the receptors react. This is a new mechanism that might also make it useful for people with marijuana addiction.

Drugs that currently completely block receptors often have distressing side effects because they prevent both marijuana and the body’s natural neurotransmitters from acting, meaning that they can eliminate everyday pleasures, as well as those from drugs. For example, a drug that blocks cannabinoid receptors called rimonabant, which was briefly sold in Europe as a diet pill, turned out to cause depression, anxiety and other psychiatric side effects and had be withdrawn from the market.

When Piazza and his colleagues compared pregnenolone to rimonabant in mice, they found that while rimonabant increased anxiety, pregnenolone did not, suggesting that it might be useful in preventing unwanted effects of THC, but not the desirable effects of the natural neurotransmitters. That might help cut craving for marijuana while preserving other pleasures and motivations.

While marijuana is less addictive than drugs like alcohol, cocaine and heroin, it is the world’s most popular illegal drug— so the roughly 8% of users who do develop problems with compulsive use are a tempting market for drug developers. As a natural hormone, pregnenolone is de-activated by the gut as well as rapidly transformed into chemicals like estrogen and testosterone when it does get to the brain, so it would probably need to be injected, not taken orally, in order to be effective against THC.

Piazza and his colleagues have formed a company, Aelis Farma, in order to develop an oral version of the compound that would not be metabolized into steroid hormones. Like rimonabant, it might also have potential uses for metabolic disorders like diabetes.

He is also aware that if he’s successful, there might be more controversial uses for his drug, such as neutralizing marijuana’s effects in order to get behind the wheel of a car after a hit. Such DIY uses may not be as reliable, he says, since the drug may not work completely in suppressing marijuana’s cognitive impairment if people don’t wait long enough for the treatment to take effect.

Still, such a rapid “buzzkill” could be incredibly useful. And while it’s a long way from mice to men, pregnenolone suggests the idea of marijuana without the high is not just a pipe dream. 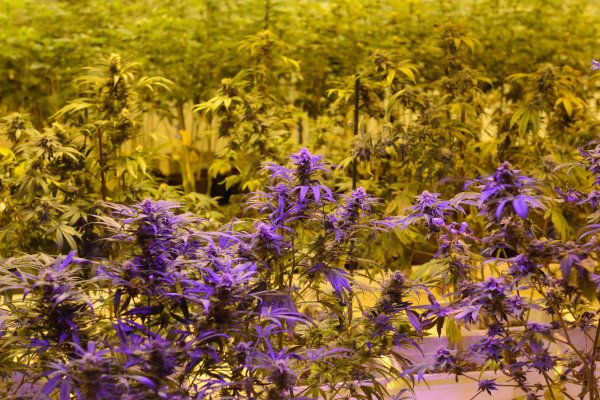 Most Americans Support Legal Pot
Next Up: Editor's Pick