The Dalai Lama advocated for religious harmony during a speech at the National Cathedral in Washington on Friday, while protesters spoke out against him both inside and outside the event.

“We need constant effort to promote religious understanding on the basis of mutual compassion, mutual respect,” the exiled Tibetan spiritual leader said. The talk with the Dalai Lama was called “Beyond Religion: Ethics for a Whole World,” which is also the title of his 2011 book. Throughout the morning, he emphasized the fact that the differences between human beings are “secondary.”

“Regardless of believer or non-believer, we are too concerned about secondary level of differences,” the Dalai Lama said. “At a fundamental human level we all want the same thing. We all want happy life.”

He also addressed his relationship with China, which expressed anger over his recent visit with President Barack Obama, though the Dalai Lama noted earlier in the program that he was not involved in political matters. A local high school student asked the leader why the country was “so upset by your work,” to which he responded simply, “Ask them.”

“We really love Chinese people, admire Chinese people,” he said before saying that structure within the country is “really harmful to develop Chinese creativity freely.” He added: “1.3 billion Chinese people have every right to know the reality.”

Outside of the Cathedral, however, the International Shugden Community, a Tibet-based sect of Buddhism, rallied in protest of the leader who they say discriminates against their religious practices. One protest leader told Washington radio station WTOP that the Dalai Lama banned their practice and “refuses any dialogue.” 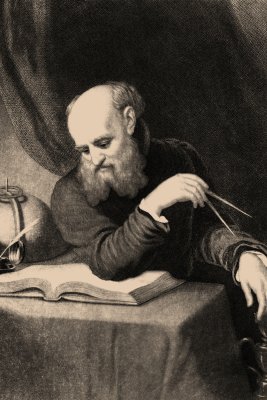 Galileo Is Rolling Over in His Grave
Next Up: Editor's Pick