A Storybook Tale Gets Some New Footnotes

When it comes to portraits, a gauzy look can be a welcome thing for people of a certain age. But politics takes place in an unforgiving spotlight, as Texas Democratic gubernatorial hopeful Wendy Davis discovered when the Dallas Morning News exposed discrepancies in her oft-told tale of bootstrapping her way from single motherhood in a Fort Worth trailer park to graduating from Harvard Law School. That narrative has been central to Davis’ appeal as she seeks to translate the national attention from her marathon filibuster in defense of abortion rights last year into votes for her underdog candidacy.

The task got tougher Jan. 20 when the Morning News found that Davis had “blurred” key facts of her biography. Among them: she spent only a few months in a mobile home, after separating from her first husband, and she was 21, not 19, when they divorced. The report also said her second husband, Jeff Davis, cashed in his 401(k) to help fund her education and cared for her children while she was in law school. He said Davis left him the day after he paid off her Harvard loan in 2003.

Shortly before the story broke, Davis was again in the limelight. Appearing on a Today show segment about women’s struggles filmed partly at that Fort Worth trailer park, she described herself as the “epitome of hard work and optimism.” Just days later, she was telling the Morning News her story needed clarification. “My language should be tighter,” she said. “I need to be more focused on the detail.” Davis insisted she had worked to help pay off the loans and agreed to cede custody so her daughter could remain in her childhood home.

More scrutiny is inevitable, especially in deep red Texas, where Davis trails her likely GOP opponent, attorney general Greg Abbott, in recent polls. “The existence of dissonance between Davis’ stylized life story and reality has been well known in Texas political circles,” says Rice University professor Mark P. Jones. “The Davis campaign’s failure to adequately get in front of this issue is one more example of a misstep by a long-shot campaign that can ill afford any mistakes.” 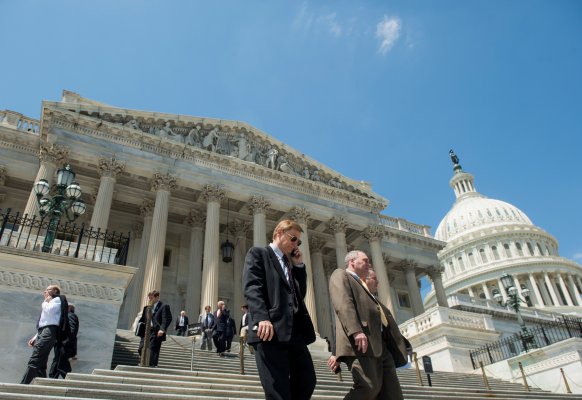 GOP, Dems Set To Collide In “High Risk Corridor”
Next Up: Editor's Pick