Tyra Banks said there will be a sequel to her 2000 kid pic Life Size–in which she plays a doll that comes to life–and “it will be … a modern take.” So … walking, talking SnapChats?

Warren Buffett and Quicken Loans founder Dan Gilbert will give a $1 billion prize to anyone who can fill out a perfect March Madness bracket. Game on.

TIME’s David Von Drehle calls HBO’s Herblock: The Black & the White, a biography of the legendary editorial cartoonist (premiering Jan. 27), “proof of the stirring power of truth served up boldly and sweetened with wit.”

On her 50th birthday, Michelle Obama tweeted a photo of her AARP card: “Excited to join Barack!”

Revenue that SeaWorld expects from all its theme parks in the 2013 fiscal year–a record high despite bad press and boycotts over its captive whales, as depicted in the documentary Blackfish

Football is a lot older than the Super Bowl, and there are trading cards to prove it. The cards above–highlighting rookie players Frank Gifford and Hugh McElhenny–are from 1952, 15 years before the first Big Game. And they’re some of the more recent examples from the trove of vintage football cards held by New York’s Metropolitan Museum of Art, which will display the collection until Feb. 10. The oldest date back to 1894.

His album Good Kid, M.A.A.D. City is nominated for Album of the Year, but Lamar’s most talked-about contribution to the Jan. 26 Grammys may be his odd-couple duet with rock group Imagine Dragons. Here, the 26-year-old rapper talks to TIME.

There are tons of high-profile performers at the Grammys–Daft Punk, Paul McCartney, Stevie Wonder. Who are you most excited to see?

You’ll have a good view.

I really want to be onstage with them and feel their energy.

Had you met them before this?

No, I was just always a fan of their song “Radioactive.” The vibe came across that it would be a dope thing to do.

You were just at the Consumer Electronics Show. Are you a big techie?

I’m not going to say I’m a big supernerd when it comes to that, but I can wrap my head around the ideas.

Do you have a favorite gadget?

Other than an iPhone 5? Is that a gadget? It’s not a phone anymore.

That’s true. It’s just what we use to text all the time …

That’s a bad habit, just texting all the time.

Because we don’t call people anymore? Or because we’re always looking at our phones?

Have you started work on your next album?

Not really. I write every day, but actually going into the studio and physically recording, I haven’t done that yet.

Lena Dunham recently said it’d be fun to have you on Girls. What do you think?

Yeah, I’d do an episode of Girls.

Are you a fan?

I’ve heard about it.

The Conjuring and the Insidious series

“Scary movies don’t make me scared. I just like them.”

“Anna Wise, who was on my album, has this group. Their album is really crazy.”

The peaceful coexistence of lion and lamb is an image with biblical origins. But tiger and panda and camel and deer? That vision comes courtesy of artist Cai Guo-Qiang, whose Heritage showcases 99 life-size animal replicas in peaceful poses around a real pool of water. The work was partly inspired by the landscapes of Queensland, Australia, where the Gallery of Modern Art in Brisbane, which commissioned the piece, is showing Cai’s work through May 11.

After a seven-year fight–during which she publicly accused her label, Blackground, of holding her third album hostage–R&B singer JoJo was recently released from her contract. (She’s now signed with Sony.) But the 23-year-old starlet, best known for the 2004 hit “Leave (Get Out),” is hardly the first artist to wage war on Big Music.

Their 1970 single “Schoolboy Blues”–about a guy in search of fellatio–was meant to anger executives at Decca, which was owed a final single before the band’s contract expired.

When Warner Bros. refused to sever ties in 1995, the singer performed at the Brit Awards with “SLAVE” scrawled on his face and changed his name to a love symbol. He was released the next year.

After Roadrunner Records asked the Dresden Dolls front woman to edit her bare stomach out of a music video in 2008, she wrote a song titled “Please Drop Me” about her frustration with “sucking corporate d-ck.” She was released in 2010.

He tweeted in 2009 that he wanted out of Columbia Records because he hadn’t been “happy there” for four or five years, and fans rallied around him. He was released weeks later.

After accusing Atlantic Records in 2010 of sitting on his album Lasers for three years, the hip-hop artist staged protests outside company offices and told media he was “a hostage.” His album was released in 2011, and he’s still with the label.

SplashData released its annual list of the 25 worst in-use passwords. Among them: princess, monkey and 123456789.

Taco Bell is expanding its drink selection with sangria-flavored Mountain Dew. Tweeted one patron, “It tastes like regret.”

When asked if the show should have a gay lead, The Bachelor’s Juan Pablo Galavis said that would be “pervert[ed].” He later apologized.

FOR OUR FULL FILM, TV AND MUSIC COVERAGE, VISIT time.com/entertainment 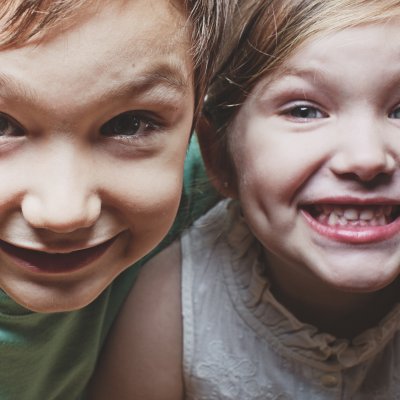