What Pot Legalization Could Teach Obamacare

As Colorado wraps up its first week of selling recreational pot to adults, it’s worth comparing the Centennial State’s overwhelmingly successful experience with the disastrous, still-glitch-ridden rollout of Obamacare.

Yes, yes, there are many massive and important differences between the two policies. Perhaps most obviously, marijuana legalization is hugely popular among Americans, with 58 percent in favor, while support for Obamacare has never been strong and recently dropped to just 35 percent.

But both policies also fundamentally challenge our nation’s legal structures, business practices, and social customs. So all politicians, activists, and citizens contemplating transformative reform to the status quo should look for pointers in Colorado’s end to pot prohibition. When the worst headline you can find about the end to pot prohibition is that some dispensaries have run out of weed (overstated, but we’ll get to that), you know that reformers have pulled off something pretty exceptional.

Lesson number one is to start small. Colorado is not just the first state to allow commercial sales of recreational pot (Washington state will open its own market later this year), it’s relatively small and isolated, thus making it a perfect laboratory for this experiment. Other states can watch and learn and figure out the best way to adapt Colorado’s (and Washington’s) experience to their own situation. As the designers of Healthcare.gov could tell you, going all-in before various options have been tried and beta-tested is almost always a really bad idea.

A second crucial lesson is to use markets – the freer the better – as much as possible. Markets are more than a way to tabulate profit and loss. As the Nobel prize-winning economist Friedrich Hayek liked to stress, markets and prices are actually information systems that are constantly signaling how much given goods, services, and opportunities cost relative to other goods, services, and opportunities. They allow people all over the world to coordinate supply and demand.

Price-fixing ultimately fails because it can’t take into account people’s constantly changing preferences and subjective evaluations of what something is worth to them. Where Obamacare is predicated upon fixing prices and levels of service in an infinite number of ways (including forcing people to engage in economic activity whether they want to or not), Colorado’s pot sellers and buyers have more room to bargain.

(MORE: Why Legal Weed is Working in Colorado)

In the face of strong consumer demand, pot prices doubled at the 37 licensed shops in Colorado and many shop owners instituted temporary purchase limits so they could serve more customers. While some shops have temporarily run out of weed, most haven’t because they can let markets determine prices that reflect customer demand.

Beyond facing possible legal action from the federal government (which still prohibits the cultivation and sale of marijuana), the legal pot market in Colorado is still hemmed in by punitive tax levels and licensing restrictions designed to protect politically connected players (that’s why there’s only three dozen shops selling pot). Yet even with all that, the market is functioning pretty well and will most likely get better over time. If the experience of the nation’s two government-run health care plans, Medicare and Medicaid, tell us anything, it’s that federal bureaucrats typically fail to contain costs (Medicare) or supply enough providers (Medicaid).

(MORE: Keeping Your Doctor Under Obamacare Is No Easy Feat)

Arguably the most important lesson from the Colorado pot experiment follows from the first two: Decentralize decisionmaking as much as possible, right down to the individual level whenever possible. The important decision in Colorado’s pathbreaking end to pot prohibition – the decision to smoke dope or not – is left up to individuals. If you don’t want to get high, you still don’t have to.

Had President Obama crafted a healthcare reform that didn’t rely on compulsory insurance, he not only would have avoided a ton of political and legal opposition, he might even have won over more people to his side. As things have played out, the president has controversially had to discard or delay various parts of his own plan, from mandatory Medicaid expansion (which was ruled unconstitutional by the Supreme Court) to pushing back parts of the employer and individual mandates.

When you look at policy reforms that not only resonate with voters but are also effective, they almost always give individuals more choices rather than fewer. Charter schools and educational vouchers, for instance, allow lower-income parents and students more options without in any way restricting the choices available to other families. Despite what traditionalists say, gay marriage in no way prevents heterosexual couples from marrying. So it is with marijuana legalization. It doesn’t compel anyone to do anything they don’t want to do, even as it expands the choices available to us.

Would that Obamacare – which neither lowers health-care costs nor provides anything close to the universal coverage that was promised – could make similar claims. 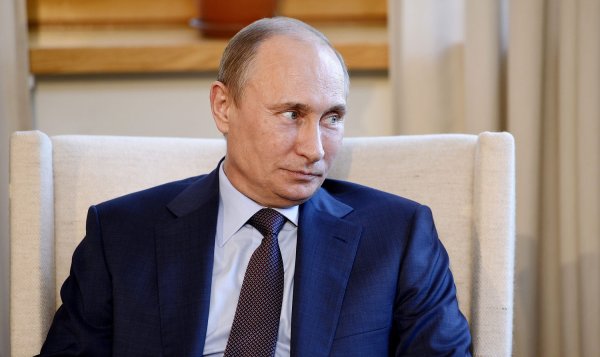 Putin Is Basking in an ‘Astonishing Leadership Vacuum’
Next Up: Editor's Pick