Obama Speaks With Putin, Proposes Talks Between Russia and Ukraine

President Barack Obama in the White House talks about the situation in Ukraine on March 6, 2014
Pablo Martinez Monsivais—AP
By David Winograd

U.S. President Barack Obama offered a diplomatic solution to the Ukrainian crisis in a phone call with Russian President Vladimir Putin on Thursday afternoon, after authorizing sanctions on Russian and former Ukrainian officials that morning.

During the hour-long call, Obama told Putin that “there is a way to resolve the situation diplomatically, which addresses the interests of Russia, the people of Ukraine and the international community,” the White House said in a statement.

President Obama proposed direct talks between the Russian and Ukrainian governments and the deployment of international monitors to ensure that the rights of Ukrainians, and ethnic Russians in Ukraine, were respected. The U.S. President also said the international community would help Ukraine prepare for free elections in May, but that Russia would have to end its military occupation of Ukraine’s Crimea region.

Russia’s parliament approved Putin’s request to deploy forces to Crimea, allegedly to protect military facilities and ethnic Russians in the area, on Saturday after demonstrators ousted Ukraine’s pro-Kremlin President. The White House said the military deployment is “in violation of Ukraine’s sovereignty and territorial integrity.” 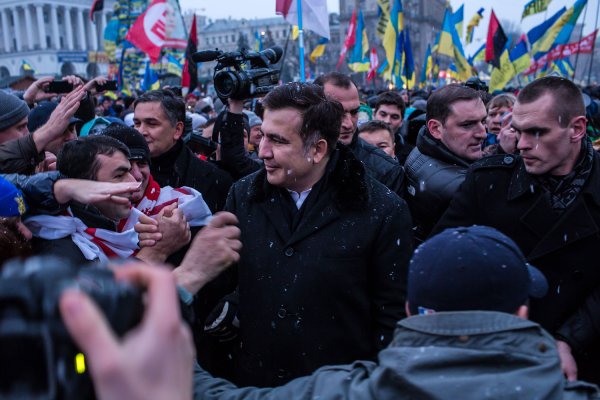 Putin Foe: 'He Likes to Lie'
Next Up: Editor's Pick