Police released the video Thursday of Justin Bieber giving a urine sample after his DUI arrest on Jan. 23. All the naughty parts were blacked out per the orders of a judge.

The tape shows Bieber being handed a cup by police. He provides the sample for his drug test behind a partition with his lower half blacked out — just in case. The drug test found evidence of marijuana and Xanax in Bieber’s system at the time of his arrest. Still, Bieber pleaded not guilty to the DUI charges.

The Associated Press and several other new organizations requested this and other videos from the Miami Beach Police Department under public records laws. Miami-Dade County Judge William Altfield granted the request early this week on the condition that some segments be redacted in order to protect the privacy of the pop star. 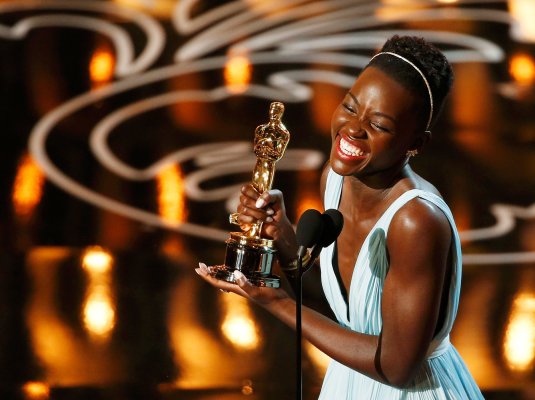 Oprah’s Hugs Feel Like Home to Lupita Nyong’o
Next Up: Editor's Pick