A Chat With an Old Putin Rival: 'He Likes to Lie'

The last time Mikheil Saakashvili spoke to Vladimir Putin, the Russian President gave him some advice. It was 2008, and Putin’s military was mobilizing to take control in northern parts of Georgia, the small nation south of Russia where Saakashvili was then President. Saakashvili warned his counterpart in Moscow that the Western world was outraged by Putin’s bellicose posture.

“I called him just before the war and said, ‘Do you see all these statements condemning you?'” Saakashvili told TIME in a Wednesday interview in Kiev, the Ukrainian capital. “He said, ‘Yes. There are lots of these pieces of paper condemning me. Why don’t you roll up these papers and stick them in their ass?'”

At that, Saakashvili’s eyes twinkled and he had a hearty laugh. The former Georgian President, now a private citizen, delights in stories that illustrate what he describes as Putin’s “cynical” ruthlessness.

Saakashvili is withering enough in his Putin criticism — and mockery, often involving relative heights — to make a listener suspect a splash of embellishment. But as the Wall Street Journal recently noted, his longtime animus “has been validated daily as the [Crimea] drama has played out.”

And to hear Saakashvili tell it, the West may not be a match for the Kremlin’s cold-blooded leader.

The story of his own country is a cautionary tale. When Putin seized independence-claiming regions of northern Georgia in August 2008—after what many in the West considered Saakashvili’s foolish provocations—some voices in Washington vehemently protested the action and warned that Putin was a dangerous tyrant: “We are all Georgians now,” John McCain famously declared.

Overall, the West’s response was less than ferocious. George W. Bush’s rhetoric about 21st century foreign policy vs. “bullying and intimidation” foreshadowed that of the Obama White House. The incident quickly became a footnote to all but close Russia watchers, who saw a disturbing omen.

Wearing a light blue blazer and blue jeans, and speaking fluent vernacular English, Saakashvili — who has always enjoyed the company of Western reporters and politicians — wouldn’t have been out of place at a Miami Beach café. He looked healthy and happy as he shared a glass of wine in a Kiev hotel that, he noted, is owned by a brother of Vitali Klitschko, the boxer who recently entered politics and is now part of Ukraine’s postrevolution government. The former Georgian leader is at home in Kiev, where he attended law school, served in the Soviet military and has countless political and social ties.

Though he may be unfamiliar to most Americans, Saakashvili still has the ear of Washington policymakers. He ticked off the names of U.S. Senators who had called for advice: McCain, Marco Rubio, Joe Manchin, Mark Kirk. (Tens of thousands of Ukrainian Americans live in GOP Senator Kirk’s home state of Illinois, he notes; sure enough, Miss Ukrainian Diaspora 2013 hails from Chicago.)

He appreciates the interest. But Saakashvili worries that the West still doesn’t get it. His U.S. State Department contacts have known for many weeks that Ukrainian President Viktor Yanukovych would be ousted, and that Putin was prepared for aggressive action in Crimea if he was. “They knew in mid-January. Top people at the State Department knew Yanukovych would fall.”

He says Obama was too easy on Yanukovych, noting that the U.S. President “warmly embraced” the Ukrainian leader after the latter agreed at a 2010 nuclear security summit in Washington to surrender his country’s highly enriched uranium. (In fairness, nuclear nonproliferation has always been one of Obama’s top priorities.)

Though clearly informed by regular conversations with leaders in Ukraine, Europe and the U.S., his views can be contradictory. He says Putin is uncomfortable in the current spotlight — “He is very strained, very stiff” — but also relishes the propaganda war: “He likes to lie. You can see it on his face. It’s not like a poker face, it’s ‘O.K., I’m lying!'”

He doubts that the Russian leader will invade eastern Ukraine. But he does predict that Putin will advance next on Transdniester, a breakaway pro-Russia sliver of Moldova on Ukraine’s western border. And he sees only a “slim chance” that Europe will impose and maintain sanctions against Moscow.

To Saakashvili, the struggle between Putin and the West is one the Russian is bound to keep winning. He said Ukrainian politicians who met with John Kerry in Kiev on Monday told him that “they felt encouraged” by their conversation with the U.S. Secretary of State. “Kerry told them not to count too much on military [action],” he said, “but all the other options were on the table.”

And yet he feels he’s heard tough Western talk before that amounted to little in the end.

To illustrate the point, he recounted one of his last conversations with Putin, as Russia’s military threatened Saakashvili’s country.

At that, Saakashvili laughed ruefully. 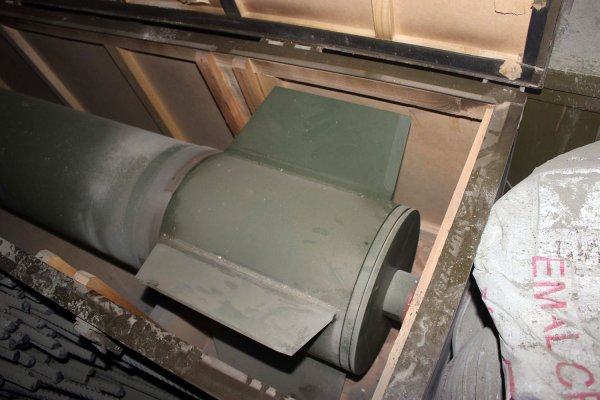 Israel: We Intercepted Gaza-Bound Rocket Shipment
Next Up: Editor's Pick