File under “Didn’t see that coming from a galaxy or two over”: Sony Computer Entertainment America president and CEO Jack Tretton is stepping down, effective March 31. Sony says this is part of an agreement reached by both Tretton and the company not to renew his contract.

The new president and CEO of SCEA, effective April 1: Shawn Layden, currently the executive VP and COO of Sony Network Entertainment International. Layden, a Notre Dame grad, has overseen Sony’s “global marketing, network retail operations and digital entertainment services,” according to his bio. He’s been with Sony Computer Entertainment for over 14 years.

Here’s a little more about him:

Tretton’s been the U.S. head of Sony’s computer entertainment wing since 1995. The original PlayStation launched in 1994, so he’s been the face of the company’s flagship console and entertainment brand for nearly two decades.

“Working at SCEA for the past 19 years has been the most rewarding experience of my career,” said Tretton in a statement. “Although I will deeply miss the talented team at SCEA and the passion demonstrated every day by our fans, I’m very excited about starting the next chapter of my career. I want to thank the employees, partners and customers for their tireless commitment to the PlayStation brand and, of course, to our fans who have pushed us to new heights of innovation and entertainment over the past two decades. I leave PlayStation in a position of considerable strength and the future will only get brighter for PlayStation Nation.”

I sat down with Tretton just a few months ago at the PlayStation 4 launch in New York City. If he was thinking about that launch moment as his swan song, you wouldn’t have guessed it — he was as happy and beaming as I’ve ever seen him. And there’s no word yet on where he’s off to next, but I’ll update here as more info arrives. 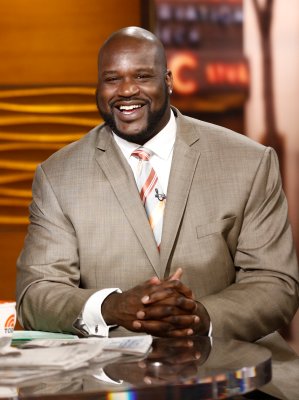 Classic Shaq Video Game Back for a Second Half
Next Up: Editor's Pick