The One Killer Feature Netflix Is Still Missing

I’ve been a dutiful binge-watcher of great TV shows on Netflix’s streaming service ever since I blew through the first four seasons of Lost in a week in 2009. Through Netflix I was introduced to Breaking Bad, got to relive all the best moments of The Office after it went off the air and got a big dose of nostalgia from revisiting Dexter’s Laboratory.

But Netflix and I seem to have hit a bit of a wall as of late. Outside of ongoing Netflix originals like House of Cards and Orange Is the New Black, I’ve probably reached my binging limit.There are still some quality programs that I haven’t seen, but they’re not the kind of shows I want to start from Season 1, Episode 1. I enjoy Futurama from time to time, sure, but only when I stumble upon a particularly hilarious episode. I tried to rewatch The Wonder Years when it was added to Netflix a couple of years back, but I quickly realized I just wanted to see the best episodes about my childhood crush Winnie Cooper, not watch all 115 episodes in order.

So here is what you should do, Netflix: use playlists to provide a more entertaining and thoughtful TV-watching experience. Give me the 10 All-Time Best Episodes of Parks and Recreation, or the 10 Best Celebrity Cameos of 30 Rock. Recruit Anthony Bourdain to list his 10 favorite episodes of No Reservations. Help me to help myself when I’m lazing around on a Sunday afternoon.

The playlists should mix and match episodes from different shows as well. Maybe I want a selection of the best Christmas episodes from classic ‘90s sitcoms, or the nine strangest episodes from Cartoon Network’s quirky Adult Swim programming block. I also want to make playlists of my own and share them with friends. There are lots of weird, niche collections that I would enjoy (Every TV Appearance by Wu-Tang Clan Members) that Netflix is unlikely to make. If I could build my own playlists and search other people’s creations, I’d be more likely to try new shows and Netflix would no doubt have tons of users constantly making quality lists.

This is a feature that would mostly impact television content, but that’s my main use for Netflix these days. As Felix Salmon recently pointed out in a Reuters article, the quality of Netflix’s movie selection has taken a nosedive in recent years. The company faces ever-increasing licensing costs from movie and television studios but is scared that subscribers will revolt if they raise their rates (people did just that after a 2011 price hike). So we’re left with a cheap service that isn’t close to being comprehensive in its offerings. With playlists, at least the best of what’s available right now would be easier to find.

Netflix has long touted its recommendation algorithms as a way to serve people content they’ll love. But that works best for movies, not TV shows that can vary wildly in tone and quality from one episode to the next. Perhaps the company’s data masters could leverage all they know about my viewing habits to create smart channels that serve me up the best episodes of different series based on my mood or past preferences. Viacom is experimenting with a new Nick Jr. channel that does exactly that with kids’ programming. It’s this type of model that might actually be the future of television, rather than an arbitrary sampling of “Witty Workplace Dramas” served up because I watched The Office.

Obviously, there are some genres where playlists wouldn’t work that well. Serialized dramas don’t make much sense out of order (though I might watch a Mad Men list of Roger Sterling’s finest moments). But a huge amount of Netflix’s content is sitcoms, reality television, and procedural dramas like Law and Order. These are the shows we’ve been watching in reruns on cable for decades, never once concerned if we saw an episode from Season 7 right after an episode from Season 2.

Perhaps Netflix believes this idea conflicts with their disruptive ethos. The whole point of the service is to help us escape from the restraints of linear television programming and provide choice for the user. But sometimes it feels like there are too many options. Adding a bit of curation through lists would make trying new content feel more like a surefire way to enjoy a new show and less like a potentially time-wasting roll of the dice. And it would make it easier to watch different shows back-to-back in a seamless and entertaining way–not every TV experience needs to be an endless marathon of the same show.

(MORE: After Disaster, Netflix is Back From the Brink)

In the music space, subscription services like Beats Music and Spotify are already emphasizing their ability to craft useful playlists based on users’ taste. It’s no longer enough to just have a ton of content–you have to help your customers make sense of all that content too. To put it even more simply: some TV shows are great, but most are just great every once in a while. Make it easy for me to separate the wheat from the chaff. 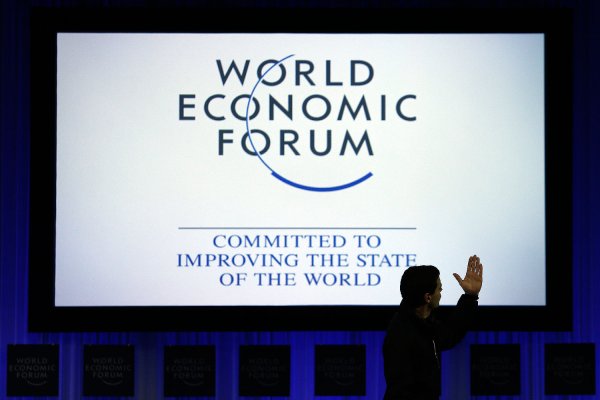 Whom to Watch at the World Economic Forum in Davos
Next Up: Editor's Pick