Calling All Men: Gender Equality Isn't Just a Female Cause

Dear Men and Boys of the World,

When we fought against apartheid in South Africa, which the United Nations declared a crime against humanity, the whole world took a stand. All self-respecting people—leaders of nations, religious institutions, commerce and sports—crossed the line to be on the right side of history.

The unity and purpose of the people of the world played a major role in ushering in freedom for South Africa and the release of Nelson Mandela, in whose cabinet I had the honor to serve. In Mandela, a force for good was unleashed, not just for South Africa but for all of humanity. He inspired those of us who worked with him, and countless millions around the world, to stand up for a just cause.

Now it is time to marshal the same conviction, energy and cooperation on behalf of the 3.6 billion women and girls in the world. You, the men of the 21st century, can make your mark by crossing the line united and joining women as a powerful force for gender equality. It is the right thing to do. In the words of Mandela, “for every moment we remain silent, we conspire against our women.”

This isn’t just a female cause. We have rising evidence that everyone, not just women, benefits from gender equality. Did you know that if women farmers had the same tools and fertilizer as men in agriculture, we would reduce hunger by up to 150 million people? Fortune 500 companies with the most women managers were found to deliver a 34 per cent higher return to shareholders. Discriminating against women comes at a cost to humanity and nations and denies women and girls their inalienable rights.

Yes, women are strong, bold, and brave, but men and boys also have a big role to play in ending gender inequality. It is both the right thing and the smart thing to do. It’s time to influence change in society. I know many of you desire a better world for women and girls and more than a few of you are actively working on bringing about positive changes. But there is much more to do. We need your action and your voices to be louder and to help us change some of the hardships women face.

More than 60 million girls worldwide are denied access to education. One in three women in the world is a victim of physical or sexual violence, the most humiliating and dehumanizing form of discrimination. Most of this violence happens at the hand of a partner or relative within her own home. Today two-thirds of the global illiterate population is women. If trends continue in this way, poor girls in Sub-Saharan Africa will not reach universal access to primary education until 2086.

These are your sisters, mothers, wives, partners, daughters, nieces, aunts, cousins and friends. They have hopes and beautiful dreams for themselves, their families, communities and the world. If many of their dreams were to come true, the world would be a much better place for all of humanity.

As we celebrate International Women’s Day on March 8th, I issue a call to men and boys and invite you to take action wherever you are and support the SHE Imperative, a new global initiative to bring women’s issues to the forefront and effectuate change through civil engagement, corporate commitment, and policy changes worldwide.

SHE has three key components: First, make sure SHE is Secure and Safe from gender-based violence. Second: Make sure SHE has her Human rights respected, including her reproductive rights. And third: Ensure that SHE has Economic Empowerment through Education, participation and leadership.

This sounds simple, doesn’t it? Yet if we applied this imperative, the world would be a very different and far better place. SHE would enjoy equal opportunity, access to education and no longer be the face of poverty, and her gender will not decide her status and place in society.

I invite you to join me and the women and men of the world who have led many long struggles for the gender equality. In Africa, we have a saying that I want to leave with you: ‘If you go alone you go fast, but if we go together, we go far’. Let us go far together.

You can find more about the SHE initiative and ways to help at www.heforshe.org.

Dr. Phumzile Mlambo-Ngcuka is an Under-Secretary-General of the United Nations and the Executive Director of UN Women. 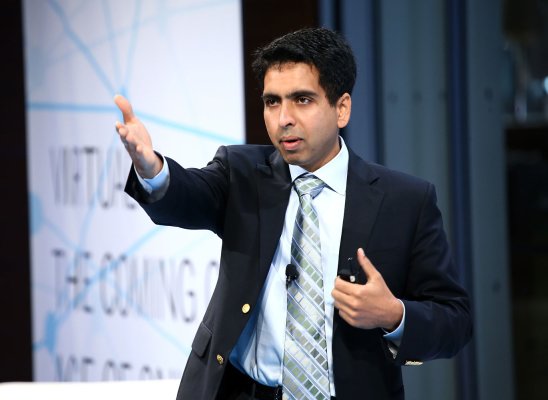