Emotions May Not Be So Universal After All

From a very young age, infants have a way of making their feelings known – contorted faces and howls indicate their displeasure with a meal or a damp diaper, a gummy smile their contentment, and a furrowed brow their puzzlement over a new discovery such as their thumb.

While it seems logical that these expressions are universal, the latest study suggests they may not be. In fact, expressions of the major emotions – happiness, sadness, anger and the like, may be strongly culturally driven.

MORE: Human Emotions Are Not as Complex as We Thought

Maria Gendron, a post doc in the lab of psychology professor Lisa Feldman Barrett at Northeastern University, visited remote tribes in Namibia to come to that conclusion. Gendron spent 18 days with the Himba, a people with little exposure to the Western world. When members were asked to sort photos of six people making six facial expressions of emotions, she expected to see six neat piles of images.

Instead, she found that the tribal members created a multitude of piles, with some images appearing in more than one. The same thing happened when she played vocal sounds of emotions – the same sound appeared joyful to some and more negative to others. When she and Barrett repeated the experiment in Boston, there was more unanimity in the sorting.

MORE: What Men Share on Social Media But Not With You

That sunk the idea that emotional expressions were universal; the Himba, for example, saw what Westerners would view as happy expressions as reflecting anything from happy to laughing to wonder.

They believe that the notion of universal facial expressions emerged from flaws in the way the original theory was developed in the 1970s, when American psychologist Paul Ekman traveled to Papua New Guinea to conduct a study similar to the one Gendron did. Ekman, however, asked the participants to match images of facial expressions to six words or scenarios depicting the emotions. That constraint, Barrett and Gendron, believe, implied a universality in emotional expressions that may not have existed.

The findings aren’t the first to nibble away at some conventional wisdom about how we express emotions. Recently, Scottish researchers at the University of Glasgow questioned the long-held belief that humans expressed six emotions – happy, surprised, afraid, disgusted, angry and sad. Instead, they found that similarities among some of them mean there are likely only four basic emotional expressions – happy, sad, afraid/surprised, and angry/disgusted.

How we read and express how we feel, it seems, is strongly influenced by how the people around us express how they feel. We feel what we see. 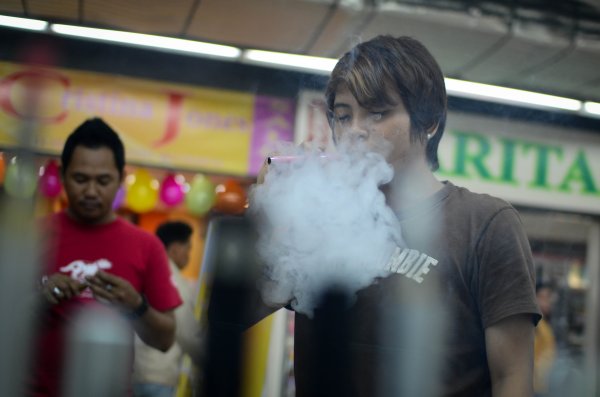 E-Cigs Don't Stop Teens From Smoking
Next Up: Editor's Pick