Miley Cyrus performs in Denver during a stop on her Bangerz Tour on Mar. 4, 2014
Seth McConnell—Getty Images
By Lily Rothman

Miley Cyrus fans found something less than banging during at least one stop on her “Bangerz” tour: a teleprompter.

A photo from the “Wrecking Ball” singer’s show in Las Vegas shows Cyrus on stage with her own lyrics scrolling down a screen at her feet. The picture went to Radar, where they ran it with a “Busted” headline, and then set off a flurry of “gotchas” across the Internet today.

But even if the photo-taker was shocked that Cyrus apparently needed a few reminders of the words she’s sung countless times, it’s not like she’s the first singer to ever use a teleprompter.

(MORE: Miley Cyrus and the History of the Wrecking Ball)

Elton John has used them. Steven Tyler has used them. Michael Jackson has used them. Bon Jovi has used them. Courtney Love has used them. Barbra Streisand has used them — apparently ever since a bad lyrics-forgetting episode in the ’60s. Bruce Springsteen has used them — and criticism of that choice led E Street Band guitarist Nils Lofgren to explain to the Washington Post that fans should give artists a little credit when it comes to prompters. At the concert in question, Lofgren said, audience requests could be sent to a teleprompter crew, after which the lyrics and chords could be displayed for the band. “Many of those audibles were Bruce songs unrehearsed or played in years or decades,” he wrote in a 2012 letter to the editor. “With our collective musical memory, hand signals and teleprompter, it allows for those ambitious, ad lib moments and an inspired, musical recklessness I believe is unique to our shows.”

Teleprompters aren’t exactly common at arena-sized concerts, says Gary Bongiovanni, editor of concert-industry magazine Pollstar, but he seconds Lofgren on the fact that when they are used it’s not necessarily because the artist forgets the words. There’s the Springsteen example of an artist playing something new, and Bongiovanni suggests that they can also help everyone on stage — not just the main singer — keep track of the set list and what to do next.

Sure, there are some cases when an artist can’t remember the words to his classic songs. In Frank Sinatra’s waning years, Bongiovanni says, his health required it. And maybe Cyrus forgets things too. There’s no way to know — and besides, she has an excuse that works for anything. She’s just being…wait, what’s the next word of that song?

Most Popular on TIME
1
Capitol Riot Fuels Calls for Domestic War on Terror
2
Was Martin Luther King Jr. a Republican or a Democrat?
3
What Wandavision Means for the MCU 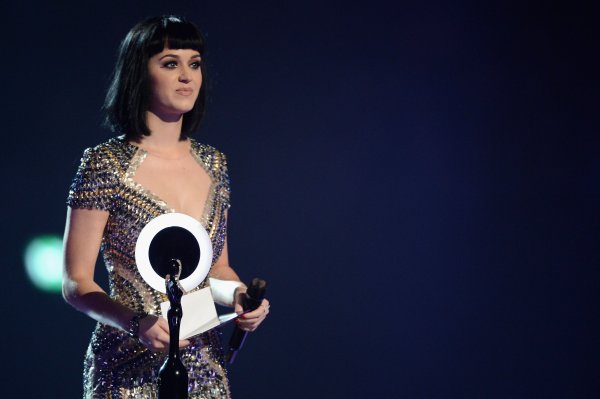 Watch Katy Perry Sum Up the Current State of Pop Music in Ten Seconds
Next Up: Editor's Pick