In this Friday, Feb. 14, 2014 file photo, a mock-up cover of Barbie on a Sports Illustrated swimsuit issue is displayed at the Mattel booth at the American International Toy Fair in New York.
Mark Lennihan — AP
By Charlotte Alter

Despite Mattel’s PR push asserting that Barbie inspires girls to “be anything,” researchers at Oregon State University and University of California surveyed 37 girls and found that after just 5 minutes of playing with Barbie, the girls seemed far less ambitious than girls that had played with Mrs. Potato Head. The girls, aged 4-7, were shown photos of ten occupations and asked whether they could see themselves doing that job, or whether it was a job for a boy. The girls that had played with the Barbie said that far fewer occupations were available to them then were available to boys.

“Playing with the Barbie suppresses their ideas about their own possible futures, but their ideas about the boys didn’t change.” said Dr. Eileen Zurbriggen, a professor of psychology at University of California, Santa Cruz. She an her co-researcher, Dr. Aurora Sherman of Oregon State, found that when presented with 10 career options which ranged from restaurant worker to doctor, girls who played with the Barbie could envision themselves in 6.6 of the jobs, while girls who had played with the Potato Head saw themselves doing over 8 of the jobs.

The results stayed the same whether the girls played with a Doctor Barbie or a Fashion Barbie, which the researchers say implies that it’s something about the doll herself, not just the clothes she’s wearing. Zurbriggen said she thought this was because playing with the Barbie made girls think about their hair, clothes, and bodies, instead of their career options. This latest Barbie study is the first that’s directly measured the effect the doll has on girls’ career expectations, albeit with a very small sample size.

I’m sure Zurbriggen’s assessment is right– girls probably were thinking about their looks when they played with the Barbie. But is that because they know that whenever grownups talk about Barbie dolls, we’re really talking about something else?

MORE: The New Barbie: Meet the Doll With an Average Woman’s Proportions

Barbie’s gone from a fashion doll to a Rorschach test this year; she used to be just a toy, but now is a canvas for all our fears about young women. Her sales are down, she was blasted for being over-sexualized by appearing in the Sports Illustrated Swimsuit Issue, and some critics are even calling for the Girl Scouts to dump their partnership with her. But let’s not forget that ultimately, she’s just a hunk of plastic. I’d like to see the same study done with boys and superhero figurines, and see whether boys’ career ambitions are affected by their toys. 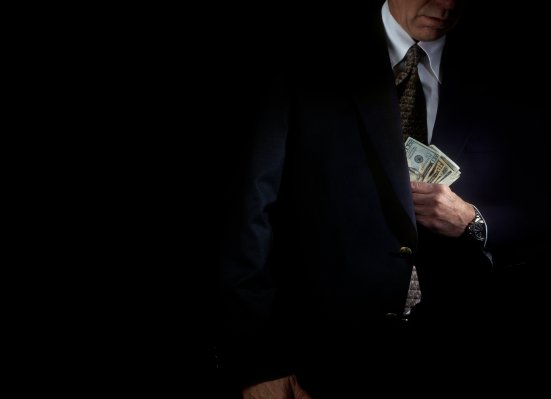 Man Who Avoided Child Support By Faking Bankruptcy Gets 17 Years
Next Up: Editor's Pick