Dear Apple and Chipotle: It's Hard to Be Socially Responsible When You're Dead

Can we get real about corporate social responsibility (CSR), the idea that businesses shouldn’t just increase returns for shareholders but also benefit for free the larger world around them? Between Chipotle’s cryptic warning that global warming threatens the planet’s guacamole supply chain and Apple CEO Tim Cook’s seemingly forsaking return on investment (ROI) for social causes, CSR’s stock is spiking like Pets.com in the late 1990s.

“People, not profits” may be a powerful slogan, but it’s a really stupid business plan, mostly because it assumes that the two priorities are mutually exclusive — and that businesses that go belly up have any chance of helping anybody. So when a “visibly angry” Tim Cook told Apple investors who questioned the notion of man-made climate change to “get out of this stock” at the company’s annual shareholder meeting in late February, he wasn’t really putting ideology over profits. In an economy where many people are willing to pay a premium to feel good about themselves or morally superior to less enlightened souls, he was bidding up his company’s stock price.

You can be forgiven for thinking otherwise, as Cook, who took over Apple in 2011 and has labored to step out from Steve Jobs’ shadow, reportedly went ballistic on the bottom line: “When I think about human rights, I don’t think about an ROI,” he told a representative of the National Center for Public Policy Research, a controversial free-market think tank and Apple investor that questions the company’s stance on a wide range of environmental issues. “I don’t think about helping our environment from an ROI point of view,” he added.

If Cook really means any of that, even environmentalists would be wise to dump their Apple stock. Apple’s core business isn’t furthering human rights or “helping our environment.” It’s making a wide range of appliances that sell for a lot more than they cost to produce. And let’s be clear: There’s absolutely nothing wrong or even slightly morally dubious about that, and there’s also nothing remotely opposed to human flourishing. Indeed, Apple’s major role in mainstreaming the personal-computer revolution — not to mention a similar place of pride in kick-starting digital music devices, smartphones and tablets — have not just made the world a more enjoyable place but also a freer one by decentralizing all sorts of power, knowledge and communications.

Put slightly differently: Bill Gates’ greatest contribution to mankind was building Microsoft into a company that helped bring computing power to the masses. Whatever he does to make the world a better place as a philanthropist — and he’s doing a lot — will be a footnote to his contributions as a businessman.

And so it is with Apple. The minute that Cook — or Virgin CEO Richard Branson, who congratulated Cook and wrote “businessess should stand up to climate-change deniers” — actually does prioritize people before profits, we’ll all be worse off. Business is about economics, and economics is fundamentally a study of trade-offs, of figuring out how to square unlimited desires with harshly limited resources. As a hugely profitable and innovative company, Apple can of course set an example that others may want to follow. What it can’t do is turn its back on making a buck. The less profit it makes, the less good it can do, both in terms of its core business and its philanthropic commitments.

The CSR debate all too often devolves into equal and opposite camps. On the one side are folks like the Nobel Prize–winning libertarian economist Milton Friedman, who famously proclaimed, “There is one and only one social responsibility of business — to use its resources and engage in activities designed to increase its profits.” On the other side are crunchy types who believe deep down that profit stems from increasing human misery, that Apple’s success in selling computers comes at the cost of someone’s freedom or unrestrained environmental degradation.

Both extremes are wrong. As John Mackey, the co-founder and co-CEO of Whole Foods Market, explained in last year’s Conscious Capitalism, running a business isn’t “all about money.” Lots of other things come into play. But as Mackey — a self-described, unapologetic and hugely successful “free-market libertarian” who has radically transformed the grocery business — argued in a debate with his “personal hero” Friedman in 2005, “[Whole Foods wants] to improve the health and well-being of everyone on the planet through higher-quality foods and better nutrition, and we can’t fulfill this mission unless we are highly profitable. High profits are necessary to fuel our growth across the United States and the world.”

Acknowledging that profits are the precondition for corporate social responsibility may take some of the shine off CSR as a pious form of self-abnegation, and it certainly lets the steam out of Tim Cook’s self-righteous bluster. It also forces us to recognize that much of our moral grandstanding rests upon a foundation of cold, hard cash. But that’s a small price to pay, isn’t it, for a world in which we can do good by doing well? 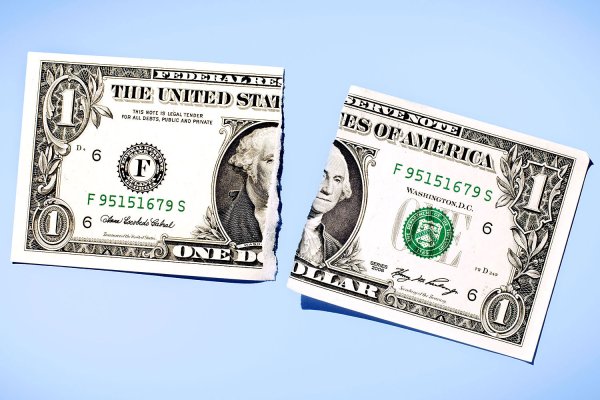 Fed Policy Has the Emerging World Lamenting the Dollar's Dominance
Next Up: Editor's Pick