European Council President Herman Van Rompuy speaks at a news conference at the end of a European leaders emergency summit on Ukraine, in Brussels, on March 6, 2014
Yves Herman—Reuters
By Noah Rayman

The European Union said Thursday it suspended talks on two agreements with Russia and opened the door to further sanctions against Moscow over the ongoing crisis in Ukraine.

EU officials said at an emergency summit in Brussels that it was suspending talks on an economic pact and on a visa deal, the Associated Press reports. European Council President Herman Van Rompuy also said the EU would consider travel bans, asset freezes and canceling an EU-Russia summit.

Earlier Thursday, the White House said it imposed visa restrictions on some pro-Russian Ukrainian and Russian officials and called for additional financial sanctions related to the Ukraine crisis.

Western countries are calling on Moscow to end the aggression in Crimea – where Russian and pro-Russian troops reportedly control all access to the peninsula — and participate in talks to put a stop to the crisis, which Rompuy called “the most serious challenge to security on our continent since the Balkan wars.” 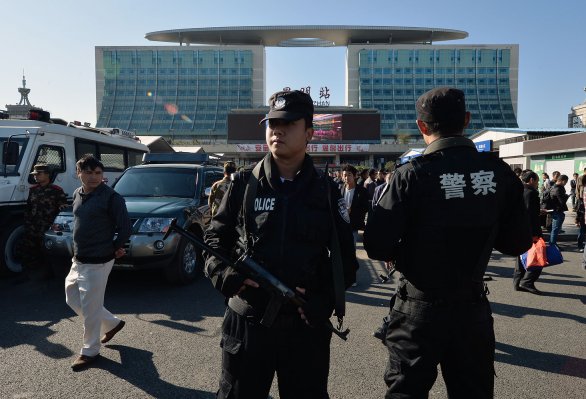 China Blames Net for Terrorism
Next Up: Editor's Pick