Streaming service Spotify is betting that the future of music will be powered by Big Data. The company announced today that it is purchasing the Echo Nest, a music intelligence company that helps power Internet radio for Spotify competitors like iHeartRadio, Rdio, and Xbox Music.

The Echo Nest has a database of over 35 million songs and tracks how people listen to them on various streaming services, talk about them on social media and write about them on music websites. The company says it has amassed over one trillion data points about these songs, which it uses to predict what track a given listener will want to hear next.

Now Spotify owns all that information. The company says the purchase will allow it improve its own music discovery engine. Though the streaming service is most famous for allowing customers to listen to any song on-demand for free, it also has an Internet radio option that functions similarly to Pandora. Spotify also tries to nudge users into listening to new albums and tracks based on the artists they’ve enjoyed previously, but its recommendation engine is famously off-base sometimes.

In addition to improving the user experience, the purchase could help Spotify sell more ads. The Echo Nest recently began using its massive trove of data to help companies serve listeners better targeted ads based on their musical taste. Other companies, like Pandora, are also trying to leverage this type of data to sell targeted political ads.

As an independent company, Echo Nest has revealed some ambitious goals for the future of music discovery. Paul Lamere, the director of developer platforms (and the creator of a recent set of viral maps that showed the 50 states’ listening habits using Echo Nest data), recently told Fast Company that the music apps of the future will have a “zero-button interface” in which the services use the context of a situation to automatically serve up an appropriate song for a listener. Songza and Beats Music have already begun going down this route, allowing people to create auto-generating playlists based on their mood and location. Spotify could be next.

It’s not clear how much the purchase will affect Spotify’s competitors. The Echo Nest’s API will remain open to developers, and a Spotify rep told Gizmodo that The Echo Nest will continue to meet all its contractual obligations with other music services. But all of the data the company scrapes will now be at Spotify’s disposal, and the streaming service will be free to cut off the spigot from others once their contracts expire. 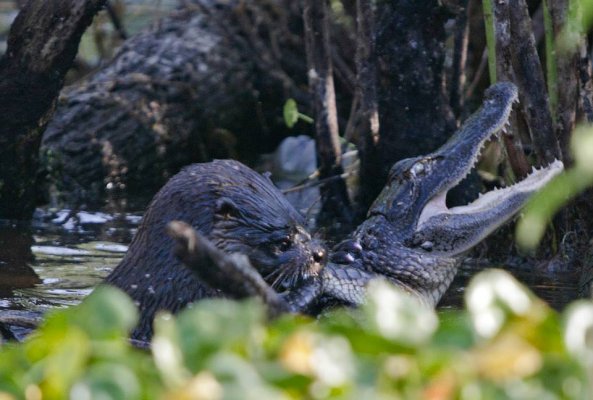 Here's An Otter Just Chowin' Down On An Alligator
Next Up: Editor's Pick