Pull out your old Gameboys! The next great fad diet is here, and it’s Tetris. In a new study, scientists found that playing just three minutes of the block-stacking game can reduce cravings for things like food, alcohol, and cigarettes.

In the experiment, 119 test subjects were told to rate the strength of any cravings they were having, measuring its “strength, vividness and intrusiveness.” Then, the subjects were asked to play a game of Tetris, but for some of the group, the game purposefully didn’t load. The others played the game, then everyone was asked to rate their cravings again.

“Participants who had played Tetris had significantly lower craving and less vivid craving imagery,” a 24 percent reduction, the experiment found. Scientists argue that the game blocks cravings because it replaces the brain’s daydream imagery of burgers and frosty beers with relentlessly falling blocks—“by playing Tetris, just in short bursts, you are preventing your brain creating those enticing images and without them the craving fades,” Plymouth University’s Professor Jackie Andrade told PsyBlog.

As anyone who has played Halo or Angry Birds knows well, video games are great distractions. Other studies have found that games can actually work as pain reducers by focusing patients’ attention on something other than how much they’re hurting.

Unfortunately, the Tetris study did not determine if those cravings would return while playing a snack-filled game like Candy Crush. 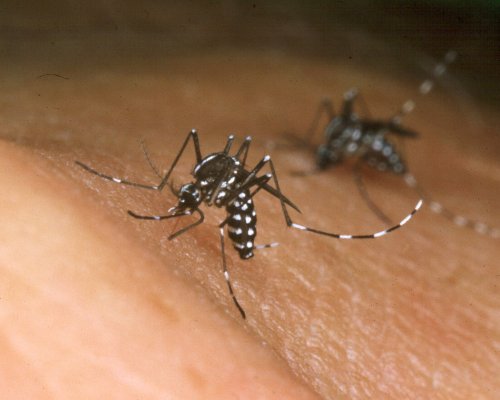 Thanks to Climate Change, West Nile Virus Could Be Your New Neighbor
Next Up: Editor's Pick