This Isn't A Cold War. And That's Not Necessarily Good

A member of a newly-formed pro-Russian armed group called the Russian Orthodox Army mans a barricade near Donetsk airport on May 29, 2014 in Donetsk, Ukraine.
Maxim Zmeyev—Reuters
By Ian Bremmer

I’ll say it definitively: This is not a cold war, nor will it become one.

A cold war involves two blocs, fighting tooth and nail over something that really matters, seeking two competing outcomes, with no space in between. There are four clear reasons why the Ukraine crisis doesn’t fit that description … nor will it.

First, the Europeans do not fully support the Americans. They would love to see Ukraine oriented toward Europe, but they don’t want to fight over it. The Germans resisted even throwing the Russians out of the G8, a largely symbolic organization. When it comes to retaliation that truly matters, Russia offers trade, banking, industry, real estate, natural gas; the Europeans will not support strong sanctions because they do not want these relationships to implode. Poland and the Baltic states might be calling for tougher NATO action, but they are in the minority. If this situation gets worse, the U.S. will struggle to drum up European support.

Second, the Chinese don’t particularly support the Russians. Yes, Putin took a triumphalist trip to Shanghai last week, signing a $400 billion gas deal. But that in no way suggests that the two countries are becoming political allies. On Ukraine, the Chinese didn’t support the Russians in the United Nations Security Council; they abstained, which was a slap in the face. The gas deal, which had been in the works for ten years, finally resolved because the Russians got desperate and sweetened the deal. The Chinese are more than happy to take money from anyone who will offer it to them. They want to work with everybody, and keep their options open. They are the prime beneficiaries of the Ukraine crisis as long as they remain on the sidelines—and that’s exactly what they intend to do.

Third, the Russians are simply not that powerful. Over the last 25 years, Russia has been steadily declining—demographically, economically, diplomatically, geographically, and militarily. Growth is slow—they will be in a recession this year—and taking over a big part of Ukraine would prove even more expensive. When you look around the world and ask who Russia’s allies are, you come up with a shabby list: neighbors like Belarus, rogue states like Venezuela, and individuals like Bashar al-Assad, and Edward Snowden. That’s not a portfolio to bet on. And that dynamic is very different from the Cold War. Russia can cause a lot of trouble in its backyard—in Ukraine and Moldova—but that is not the same as saying they’re going to invade a NATO state like Poland. Hilary Clinton and Prince Charles have drawn a comparison to Hitler and the Sudetenland—and that’s ludicrous. Putin might be a bad guy, and he might be doing things we don’t like, and he might disregard human rights. But he doesn’t have the capability to become Hitler. Economically, he can’t get it done.

Fourth, and perhaps most important, the Americans don’t care enough. Ukraine is not something we get worked up over. President Obama recently said that Afghanistan is not a perfect country, and we’re not going to make it one. You can insert Ukraine into that same sentence. We are aggravated at the Russians, and we are ready to ramp up sanctions. But how much are we really prepared to do? We said that the Ukrainian elections were pretty good from our perspective. Well, there were no elections in Crimea, and most of the polling stations in Donetsk and Luhansk were closed because of Russian militants; I personally would not call that a successful election. Of course, that’s only if you care about the territorial integrity of Ukraine. If you don’t care, and you’re just trying to ensure the Russians don’t cause too much of a mess, then calling this election a success is a smart move. Ukraine is not an ally, and we’re not prepared to go to bat for them.

So a Cold War this is not. But here’s the problem: that’s not necessarily a good thing.

When you look at the current situation, some of the same attributes that disqualify it from being a Cold War also make it likely that the situation will deteriorate. For crises like Ukraine—as well as the conflict in Syria, and others like them—there is no resolution coming. They just aren’t sufficiently vital to prompt a collaborative solution among major powers. Many players benefit from remaining on the sidelines; others just aren’t threatened enough to act. In a world without global leadership—not even conflicting global leadership from competing US-Russia camps–many conflicts will burn brighter for longer. And new ones will arise. There simply are not a lot of countries out there that are willing to push back.

Ian Bremmer is the president of Eurasia Group and a global research professor at New York University. You may follow him on Twitter @ianbremmer. 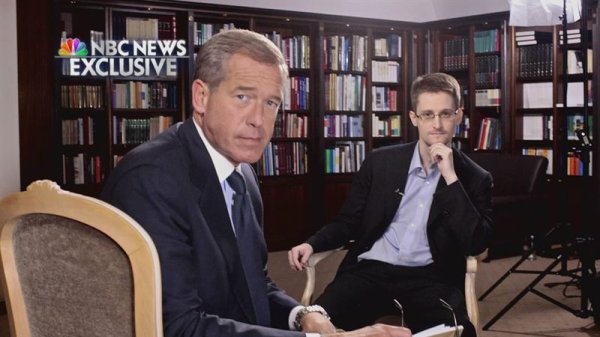 Snow Jam the News: Brian Williams to Interview Snowden
Next Up: Editor's Pick