Anti-government protesters wave national flags as they block the street in front of the Office of the Defence Permanent Secretary during a rally in Bangkok on Jan. 22, 2014
AFP / Getty Images
By Charlie Campbell

A state of emergency was declared in Bangkok from Wednesday, as embattled Thai Prime Minister Yingluck Shinawatra attempted to tackle antigovernment rallies that have ensnared the world’s most visited city for almost two weeks.

“The cabinet decided to invoke the emergency decree to take care of the situation and to enforce the law,” said Deputy Prime Minister Surapong Tovichakchaikul.

The carnival atmosphere that characterized the start of Operation Bangkok Shutdown on Jan. 13 has quickly dissipated amid a marked escalation in violence. Since Friday, one person has been killed and scores injured as three grenades were hurled at antigovernment rallies in the Thai capital.

On Wednesday, a progovernment Red Shirt leader was shot with outside his home in northeastern Udon Thani province and now lies in a critical condition. Witnesses saw a gunman spray 20 rounds from an AK47 before speeding away in a pick-up truck.

Despite the bloodshed, protest leader Suthep Thaugsuban has scoffed at the 60-day emergency decree and vowed to fight on. “I know about this [decree] well,” he told reporters. In 2010, Suthep used the same provision to order a crackdown on Red Shirt demonstrators that led to around 90 deaths and 2,000 injuries.

Of course, back then the burly 64-year-old was less sympathetic to demonstrators besieging state institutions and haranguing civil servants. “If they violate the laws, such as blocking roads and intruding into government offices, we will have to disperse the protesters,” Suthep said in March 2010, while serving as Deputy Prime Minister for the now-opposition Democrat Party.

“The situation is larded with massive ironies on all fronts,” says Anthony Davis, Bangkok-based analyst for defense-and-security-intelligence firm IHS-Jane.

For almost two weeks, tens of thousands of protesters have tried to topple Yingluck’s administration, claiming that she is a stooge for her brother, exiled former Prime Minister Thaksin Shinawatra. Thaksin is a polarizing figure treated with adoration by the rural poor of the north and northeast, but opprobrium by royalists and voters in Bangkok and southern provinces. Protesters want to purge Thailand of Thaksin’s influence, believing this panacea will allow the country to be “reset” and started afresh.

To this end, they want democracy suspended for up to two years while a unelected people’s council carries out nebulous reforms. Given that Thaksin-backed parties have won all five elections since 2001, the opposition has no interest in contesting the snap poll Yingluck has called for Feb. 2 in order to reassert her popular mandate.

According to Pavin Chachavalpongpun, associate professor at Kyoto University’s Centre for Southeast Asian Studies, the emergency decree is “designed to make the government appear it is control. But I’m not sure it is.” Nevertheless, any crackdown is extremely likely; amid turmoil on the streets, the police — understood to be pro-Thaksin — have remained largely invisible.

Yingluck is simply “banging a drum” after criticism that she sits torpid while mayhem unfurls around her, says Davis. “This is not a prelude to a crackdown, but they are trying to dispel the notion that they are losing control of the situation before the elections,” he tells TIME.

Pavin agrees, warning that Yingluck “would lose the moral authority” and possibly spur the powerful military into taking sides by trying to disperse the protests.

The government already has the necessary tools to crush the protests, says Davis, pointing to how the Internal Security Act has been in place in Bangkok since late November. Nevertheless, “major areas of the capital have been disrupted and taken over, people are setting up stages and doing essentially whatever they want with absolutely no let or hindrance from the police.”

Despite the unlikelihood of confrontation, concerns remain. Yingluck has “jumped the gun” by declaring a state if emergency that amounts to a “blank check for abuses,” warns Sunai Phasuk, Human Rights Watch’s senior researcher on Thailand. The decree means that officials “shall not be subject civil, criminal or disciplinary liabilities arising from the performance of functions” and it should only be implemented when there is a threat against the survival of the nation. Hence, “there is no legitimate justification” at the present time, adds Sunai.

Already the Feb. 2 ballot faces challenges from the Democrat Party boycott and disruptions to candidate registration. In addition, “the state of emergency undermines the very concept of free and fair elections,” says Sunai, citing censorship and restrictions on assembly, expression and association. “How can we see election campaigns and the communication of platforms in the media?” he asks.

Although this might provide another opportunity for the establishment-leaning Election Commission (EC) to challenge the result, most observers believe the polls will proceed. Aside from the EC, the National Anti-Corruption Commission is investigating Yingluck and 308 MPs, mainly from her Pheu Thai party, over a raft of alleged offenses, with yet more possible charges in the pipeline. “There’s all sort of potential impediments immediately before, during and after [the elections],” says Davis. “It’s going to be messy.”

Observers believe a key indicator will be whether advance and absentee ballots are filed on Jan. 26. Thailand experiences huge labor migration from rural areas to cities and famed tourist resorts, and if these voters face significant disruption then it is unlikely that the Feb. 2 vote can proceed. If so,“we could see Thailand falling deeper into crisis for many more months to come,” warns Pavin. 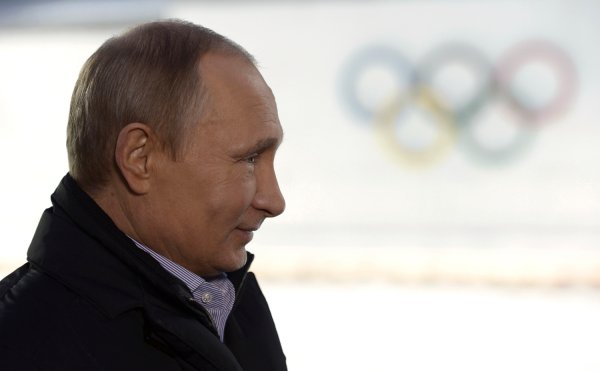 Did You Know It Doesn’t Actually Snow in Subtropical Sochi?
Next Up: Editor's Pick