While the world waits for the follow up to 2012’s Kaleidoscope Dream, Miguel has just released a new video for his track “Simplethings.”

The video is expertly shot in cinematic black-and-white and features the seductive R&B singer strolling the beach with Sports Illustrated model (and Real Housewives of Beverly Hills star Yolanda Foster’s daughter) Gigi Hadid. They smile, they laugh, they take a nap, they run with wolves — just enjoying the simple things in life, just as the languidly beautiful song instructs.

The track was originally featured on the soundtrack to HBO’s Girls — after the show’s creator Lena Dunham reportedly asked, “Can we just call him and see if he’ll do something?” — but it’s the star of another HBO show who makes a cameo appearance — Grey Wind, the dire wolf raised by Robb Stark of Game of Thrones fame.

The Grammy-winning singer has been working on his third studio album with help from Passion Pit members DJ Premier and Michael Angelakos. The still-untitled album, which reportedly includes collaborations with J.Cole and Jessie Ware, is due out this fall.

MORE: Find Out What Song Was (Probably) Playing When You Were Conceived 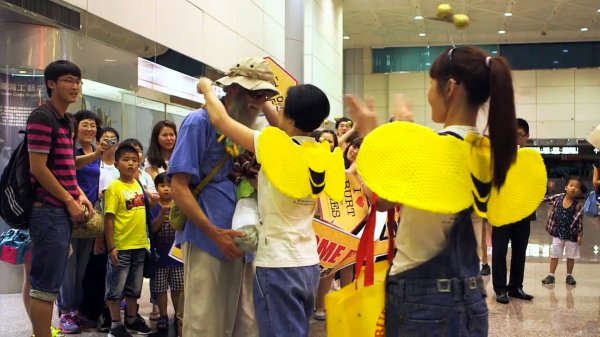 VIDEO: The Real Burt of Burt's Bees Gets Mobbed by Fans in Taiwan
Next Up: Editor's Pick