Australia Will Keep Detaining Refugees Indefinitely, Whatever the World Thinks

An Iranian detainee walks back to her room after hanging up her laundry at the center used for younger men, and women and children, on Christmas Island, Australia.
Paula Bronstein—Getty Images
By Ian Lloyd Neubauer

In 1992, Australia introduced a mandatory detention policy for non-citizens entering the country without a valid visa. It was intended to be a risk-management tool, enabling the health and security status of refugees and illegal immigrants to be checked while preventing such arrivals from simply vanishing into the general population.

While that sounds reasonable on paper, the reality is that there are today around 10,000 men, women and children detained indefinitely, without hope of release unless they agree to return to the countries they risked their lives to flee in the first place. Just under half that number are being held in squalid detention centers in Papua New Guinea (PNG) and the South Pacific island of Nauru that are breeding grounds for rape, rioting, malaria and mental illness, and that bear the look and feel of concentration camps.

“If a liberal democracy decides a group of people, depending on where they come from, can have their liberty placed in jeopardy without the ability to defend themselves, then the consequences are very dire – not only for that specific group but for everyone in that country that supposedly lives under the rule of law,” says David Mann, head of the legal team at Melbourne’s Refugee and Immigration Legal Center. “It casts a very dark shadow over Australia’s commitment to human rights and fundamental respect for human dignity.”

The government’s view is that Australia’s security must come first. “Security assessments are an important part of ensuring the safety of Australians,” the Attorney-General’s office told TIME.

The authorities also say that holding asylum-seekers in places like PNG deters people smuggling. “The Government’s offshore processing policy is designed to prevent people smugglers sending illegal boats to Australia, which over the last five years has resulted in the deaths of over 1,100 people at sea and more than 15,000 people in camps around the world being denied resettlement in Australia, as their places were taken by people who arrived illegally by boat,” a spokesperson for the Ministry for Immigration and Border Protection said. “These policies are proving to be highly effective, with 75 days having passed without a successful people smuggling venture to Australia.”

Critics however point to the harsh and often dangerous conditions of the camps. Last month, at a detention center on PNG’s Manus Island, a 23-year-old Iranian national, Reza Barati, was found dead with a blunt force trauma to the head, and 76 others refugees were shot or otherwise wounded, after local security guards responded to a protest by the 1,100 predominantly Middle Eastern asylum seekers kept there.

The bloodshed sparked hundreds of candlelight vigils across Australia, including a 4000-strong protest in front of Sydney’s Town Hall. Hunger strikes took place at a number of other detention centers, and widespread condemnations were made by respected figures such former Australian Prime Minister Malcolm Fraser, who oversaw the successful integration of thousands of Vietnamese refugees fleeing war in the late 1970s. Numerous social media campaigns have also surfaced to vent disapproval, including the website sorryasylumseekers.com where Australians post selfies taken while bearing placards reading “Not in my name.”

In Tehran, Australia’s Ambassador Paul Foley was summonsed to demand changes to his government’s treatment of asylum seekers. In Beijing, Vice Minister of Foreign Affairs Li Baodong questioned the legality of repatriating asylum seekers to third countries and detaining children. And in PNG, Manus Island Police Chief Alex N’Drasal has called on Australia to address poor conditions inside the detention center, while local Catholic bishops this week released a joint statement demanding the center be closed.

“Detaining people against their will in PNG, even if it works as a deterrent, is not a just solution worthy of a great nation otherwise proud of its human rights record,” the bishops stated, saying they encouraged Australia “to find a more humane solution to people seeking asylum in their country.”

Also drawing fire is the fate of 46 asylum seekers from Sri Lanka and Myanmar recognized as refugees by Australia, yet who remain in indefinite detention after receiving negative security assessments from the country’s chief spy agency ASIO. Details on how those assessments were reached have been withheld from the accused, creating a legal black hole legal experts are comparing to the incarceration of terror suspects at Guantanamo Bay.

“The comparison is valid because in both cases there are very serious procedural irregularities preventing people from getting a fair hearing and effectively challenging the accusations against them,” says Dr Ben Saul, a professor of international law at the University of Sydney. “Of course there are differences – the refugees are not being tortured as was the case at Guantanamo and the conditions under which people are detained in Australia are undoubtedly better.

“But they are being subjected to the next worse thing which is indefinite detention, in some cases for as long as five years,” he says. “If you are stuck in there forever not knowing when if ever you will be released, it inflicts and aggravates extreme mental illness. That’s why so many of these detainees have attempted suicide.”

The UN’s Human Rights Committee agrees. In August of last year, it described Australia’s arbitrary and indefinite detention of asylum seekers as “cruel, inhuman and degrading treatment” and set a deadline for Australia to release the 46 individuals into the community and the payment of compensation under its obligations as signatory to the 1951 Refugee Convention. The deadline expired last week, with the office of Australia’s Attorney-General’s saying that it was still considering its response.

Despite the legal and humanitarian shortcomings of Australia’s tough stance on asylum seekers, a recent poll by MUR Research shows 60 percent of Australians want the government to “increase the severity” of its treatment of asylum seekers as a means to combat the dangerous people smuggling business that in recent years has flourished in Indonesia.

Even a portion of those who’ve been detained by Australia think the policy is necessary. “If I were in charge, I would do the same,” says a former asylum seeker from the Middle East who refused to give his name it case it imperiled his new status Australia. “This country has borders and laws and I agree people do not have the right to enter illegally.

“But while saying that,” he continues, “most people in detention did not have a choice and they did not come for financial reasons. They were forced into the situation because they could not come here legally and they had nowhere else to go.

“People living in a good country like Australia could never imagine what it’s like living in a war zone, or to have their safety and the safety of their children constantly threatened by violence and persecution,” he says. “They will never understand what it means to live under danger unless they have experienced it themselves.” 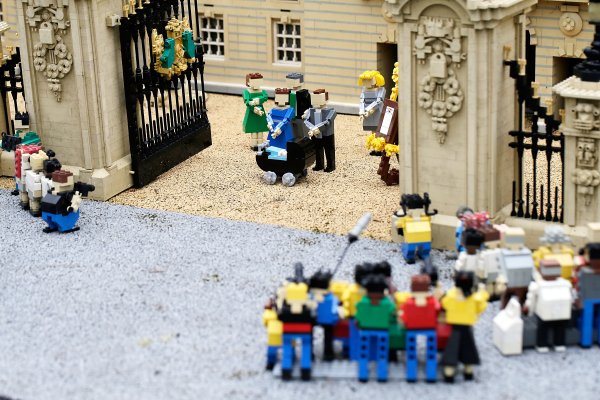 Muslim Families Won't Get a 'Fun Day' at Legoland Because of Right-Wing Threats
Next Up: Editor's Pick